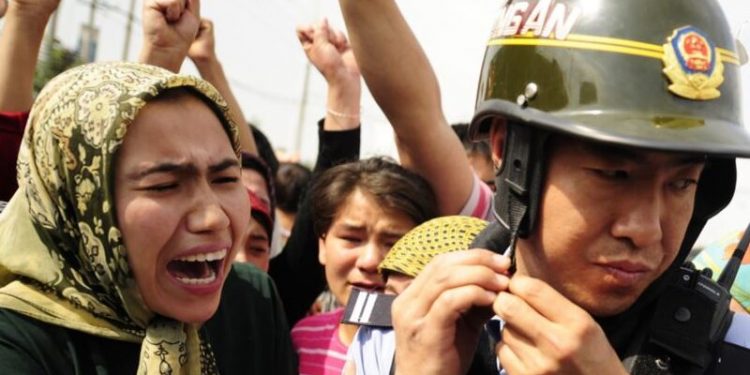 The warning comes after several Western companies, among them Sweden’s H&M clothing retailer, the UK’s Burberry fashion brand, and the US and German sportswear manufacturers Nike and Adidas, raised concerns about forced labour practices in Xinjiang Province.

The companies were hit last week by consumer boycotts in China, where tensions have risen as Western countries become increasingly critical of the CCP’s treatment of the Uighur minority in Xinjiang.

Xu Guixiang, a Xinjiang government spokesman, sounded a cautionary note on Monday. “I don’t think a company should politicize its economic behaviour”, he observed. “Can H&M continue to make money in the Chinese market”, he asked rhetorically before answering matter of factly, “not anymore”.

H&M’s 2020 announcement that it would stop sourcing cotton from Xinjiang circulated on Chinese social media last week. H&M had pointed out the difficulty of conducting credible due diligence in Xinjiang after human rights organisations had warned about forced labour in the province.

The CCP rejects the accusations. Xinjiang government spokesman Elijan Anayat asserted that the Chinese people do not want the products of companies that boycott the Xinjiang cotton industry. Anayat urged the companies to visit the region and see the situation for themselves.

On Friday, the US criticised the CCP for having launched a social media campaign against Western companies that had pledged not to use Xinjiang-sourced cotton.

The US and other Western countries have decried the CCP’s treatment of Uighurs in Xinjiang as genocide.

Xu Guixiang insisted the CCP is not conducting genocide or violating human rights, claiming that Western countries are trying to destabilise China.

“They have lost their minds and their conscience, they are enthusiastic about political manipulation and the abuse of sanctions, to a level that is hysterical”, the Xinjiang spokesman asserted.