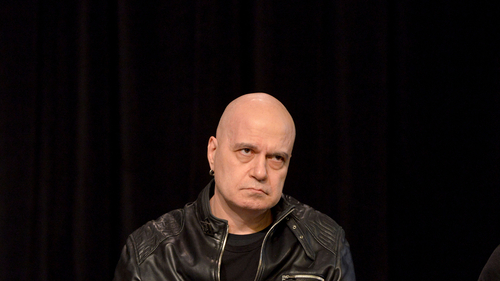 Belgium (Brussels Morning Newspaper) Bulgaria’s populist There Is Such a People (ITN) party withdrew from the ruling coalition on Wednesday, its four government ministers are set to resign, and the government is likely to lose its majority in the Bulgarian parliament.

According to ITN head, established singer, and TV host Slavi Trifonov, his party disagreed with the planned state budget revision. Trifonov also accused the leading We Continue The Change (PP) party of leading the country towards bankruptcy by increasing debt, and of “betraying state interests” by allegedly planning to lift Sofia’s veto on North Macedonia starting EU accession talks.

Bulgarian Prime Minister Kiril Petkov, on the other side, accused ITN’s Regional Development Minister Grozdan Karadzhov of calling for an “unprecedented” increase in his ministry’s budget, which he allegedly wanted to distribute to companies that were previously investigated for various abuses by current Interior Minister Boiko Rashkov. Petkov also stressed that ITN opposes appointment of Rashkov as head of the anti-corruption commission without offering any reason for this decision.

“Today is a watershed day,” Petkov said in a press conference on Wednesday. “You can be on the side of corruption, on the side of the mafia, on the side of people who use public resources to line their own pockets, or we can have a principled position in which every lev is reported.”

Petkov stressed that the remaining coalition members are ready for a minority government, stressing they would not spend money without supervision. “A minority government in this case is many times better than a government in which they are trying to get their hands on extra money, real reforms are being stopped, legislative reforms are being stopped and the biggest the most important organisation for fighting corruption stops when we have such a candidate as Minister Rashkov,” said Petkov.

Petkov’s PP emerged as a surprise winner in November last year, in the third consecutive parliamentary elections in just eight months, after the polls failed to return a clear winner or a workable coalition in April and July.

While populist ITN topped the polls in the first two elections, the country was twice forced to repeat the elections as Trifonov refused to form a coalition with any other major party, while the remaining parties were all united in trying to get former PM Boyko Borissov’s GERB party out of power. In the third election, the voters turned away from ITN. Many switched their support to Petkov. a Harvard-educated economist who served as Minister of Economy in the caretaker government appointed by President Rumen Radev while no party was able to secure a majority.