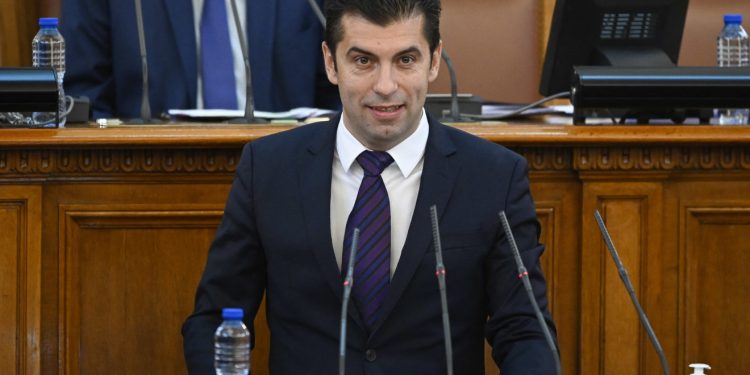 Petkov’s We Continue the Change (PP) anti-corruption party won the third elections in November, and has now managed to assemble a clear majority of 134 lawmakers in the 240-member parliament.

The ruling coalition includes the left-wing socialist bloc BSP, the populist anti-establishment party There is Such a People (ITN) and the centre-right anti-corruption party Democratic Bulgaria (DB).

Petkov clinched a surprise win in November, after ITN leader, the TV host and singer Slavi Trifonov, failed twice to gather sufficient backing to form a government in two prior elections this year. After refusing coalition offers from the socialists, and bungling negotiations with DB and other smaller parties, ITN’s support dropped by more than 12 points between the July and November elections.

Petrov, the new PM, served as an economy minister in the interim government appointed by President Rumen Radev after elections failed to produce a clear winner in April. He later left the caretaker government along with interim Finance Minister Asen Vasilev, to found a new anti-corruption party, a gamble that paid dividends in the November elections.

The new ruling coalition united under the slogan “zero tolerance for corruption”, which became a key issue for voters exhausted by former PM Boyko Borissov’s apparent tolerance for graft. “I will insist that corruption from the lowest to the highest level be exposed”, Petkov declared when appealing to lawmakers in his bid for their confirmation in a vote.

He faces a great number of daunting tasks, ranging from restoring the country’s economy to boosting the average vaccination rate. In both instances, Bulgaria currently sits solidly at the bottom of the EU rankings.