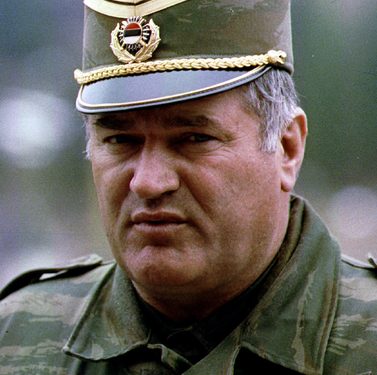 Brussels (Brussels Morning) Bosnian Serb military leader Ratko Mladić was sentenced to life in prison on Tuesday, as the appeals court of the International Criminal Tribunal for Former Yugoslavia (ICTY) confirmed his sentence handed out by the lower court in 2017.

The UN-established tribunal found Mladić guilty of genocide, crimes against humanity and war crimes, for his role in the siege of Sarajevo and the massacre of more than 8,000 Muslim men and boys in the eastern Bosnian town of Srebrenica.

Mladić appealed both the guilty verdict and the length of the sentence. However, the appeals court upheld both in a final ruling that caps the quarter century of trials held in The Hague in the aftermath of the 1990s wars in the former Yugoslavia. Some 90 war criminals were sentenced.

The lower court found that Mladić, as a military leader, was part of a criminal conspiracy along with Bosnian Serb political leader Radovan Karadžić and the late Serbian President Slobodan Milošević. Karadžić, currently serving a life sentence in a British prison, was also found guilty of genocide. Milošević died in his cell in The Hague, a couple of months before his verdict was scheduled to be handed down.

Mladić, having starting out as an officer in Jugoslav People’s Army (JNA), was hand-picked by Milošević to lead the newly-formed Bosnian Serb army. As its commander, he was responsible for the 43-month long siege of Sarajevo, during which more than 10,000 people in the Bosnia-Herzegovinian capital were killed by artillery, mortar and tank shells, as well as heavy machine gun fire and snipers.

The Srebrenica genocide, widely viewed as the most gruesome war crime committed on European soil since the Holocaust, started when Mladić threatened and demanded that Dutch UN peacekeepers hand over the civilians from the protected enclave to his troops, giving his solemn word they would be safe in his hands.

Thousands of men and boys were subsequently killed and buried in mass graves, while some were later exhumed and their bodies moved to far away dumping sites in an attempt to cover up the massacre.

Despite near-universal international condemnation, Mladić is still regarded as a hero among Serb nationalists in Serbia and the Republic of Srpska, one of the two autonomous entities in Bosnia and Herzegovina today. Despite his army’s war crimes, Mladić’s military conquests shaped the borders of today’s Republic of Srpska, which were enshrined in the 1995 Dayton peace agreement.

“Ratko Mladić remains a legend for Serb people”, current Bosnian Serb leader Milorad Dodik stated. He described him as “a man who has put his professional and human capabilities in the service of the freedom of the Serb people”.