Beneficiaries of EU funds to be further scrutinised, Parliament says 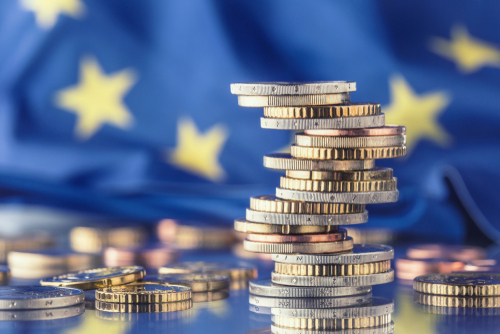 Brussels (Brussels Morning) Beneficiary accountability for how EU funds are used and dispersed is worryingly difficult to pin down with any semblance of consistent accuracy, researchers told members of the European Parliament’s Budgetary Control Committee yesterday.

They blamed an impenetrable maze of hard-to-reconcile reporting systems, fragmented data and complex legalistic stipulations among the reasons why it is so complicated to ascertain and monitor just who the ultimate recipients and beneficiaries of EU funding are.

Researchers from the Centre for European and Policy Studies (CEPS) think tank made these claims at a Budgetary Control Committee session at the European Parliament, in presenting details of an across-the-board study recently conducted by the CEPS.

MEPs concurred that the “opaqueness” of the EU budget served as an open invitation for misuse, fraud and risk, given the lack of clarity and the leniency this affords potential conflicts of interest.

The CEPS study assesses nearly 300 national reporting systems across the 27 member states and the UK. The analysis confirms MEP concerns about the high number of incompatible methodologies, especially with regard to the cohesion funds, which render it difficult to know precisely who might be the final beneficiary.

“It’s a big challenge to identify who actually benefits from EU funds”, MEP Daniel Freund (Greens) tweeted. “We thank CEPS researchers for illustrating the obstacles and how to increase transparency. We owe it to the taxpayers”, he stated.

During the parliamentary debate, MEPs pushed for more transparency and for the technical capacity to compare data in determining just who the final beneficiaries of EU public moneys are. They cited the importance of ensuring efficiency and transparency in declaring the need to balance the requirements of a functioning data mining system with whatever legal drawbacks or technical hurdles that might entail.

The European Commission’s delegates agreed with the Parliament’s request for more transparency, but pointed out a number of legal obstacles to reforming the EU reporting system. These include the principle of subsidiarity, data protection, and the need to distinguish data that can be used for administrative and judicial audit and spending control.

“The lack of reliable and comparable data on the final beneficiaries of EU funds has been an ongoing concern for the Budgetary Control Committee. There is currently no EU-wide inter-operable and digital system in place to provide a clear overview of how EU money is distributed to the final beneficiaries”, MEP Monika Hohlmeier (EPP) declared.

In May 2020, the EU’s Anti-Fraud Office (OLAF) uncovered fraud related to research funding in Greece. EU inspectors discovered that the money intended to finance a project run by a Greek scientist, who was working with a network of more than 40 researchers around the world, had been personally deposited into bank accounts with multiple beneficiaries by the lead scientist.

OLAF said that it had been able to uncover “hard evidence” by following the financial trails and proving that the lead scientist had withdrawn large amounts of money or illegally transferred them into a private account.

‘’Fair and duly monitored access to EU funds is a precondition to making sure that every cent is spent correctly. OLAF investigates to help redress any irregularities – but our long-standing expertise also means that we can assist the competent national authorities in addressing complex matters in this field”, OLAF’s Director-General Ville Itälä observed.

In an attempt to provide solutions, the EPP group in the Parliament urged the Commission to establish a real-time information and monitoring system. This could be done by adapting and extending the ARACHNE system or other suitable IT tools facilitating member states who would be obliged to enter all relevant data as a condition for receiving funds.