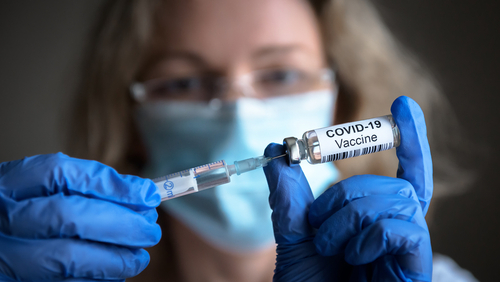 Belgium, (Brussels Morning Newspaper) Austrian authorities have made vaccination against COVID-19 mandatory for adults on Friday.

It is the only EU member state where adult citizens now have a legal obligation to get vaccinated against COVID-19 or face fines of up to 3,600 euro from mid-March, RFI reports on Monday.

Harpist Katharina Teufel-Lieli noted that she does not plan to bow to pressure from the authorities, reminding “I have the right to decide over my body.”

Teufel-Lieli stressed that she was apolitical before authorities started to move towards what she sees as totalitarianism, stressing that the state is “overstepping the mark.”

She was one of tens of thousands of Austrian citizens who took part in massive demonstrations against the mandate since November last year, when authorities announced plans to make vaccination against COVID-19 mandatory.

Austrian authorities have stripped citizens who have not been vaccinated against COVID-19 of some rights at the end of 2021, including access to public venues like hotels, restaurants, hairdressers and stores labelled as “non-essential,” among other.

Frustration with the authorities has spurred the formation of a new political party – the People Freedom Fundamental Rights (MFG). The party was founded in February last year and currently has three elected representatives.

One of them, party co-founder and biomedical scientist Dagmar Häusler, pointed out that she cannot see the point of making vaccination against COVID-19 mandatory.

“If there was a valid reason, as with smallpox which has a mortality rate of 20 to 30 percent, we could talk about mandatory vaccination, which would benefit everyone,” she noted and added “but in the case of COVID-19, I don’t see the point.”

Critics of the authorities’ move pointed out that it creates a “parallel society” as it forces people who are not interested in getting vaccinated against COVID-19 to seek out businesses that do not discriminate against them.

Teufel-Lieli noted that some hairdressers still provide their services to people without a vaccine pass. “In fact, there is already this parallel community… it’s already being built… there is already everything,” she added.

Besides preparing fines for those not interested in COVID-19 vaccines, Austrian authorities are planning a lottery for the vaccinated in March with 500-euro voucher prizes.

Chancellor Karl Nehammer claims “our top priority is to keep the restrictions as low as possible and only for as long as absolutely necessary.”

MFG co-founder Gerhard Pöttler pointed out that critics of the party claim it is against vaccination. “We want to have the choice, that’s all… and not to face restrictions if we refuse,” he pointed out and concluded that authorities are “stigmatising part of the population.”