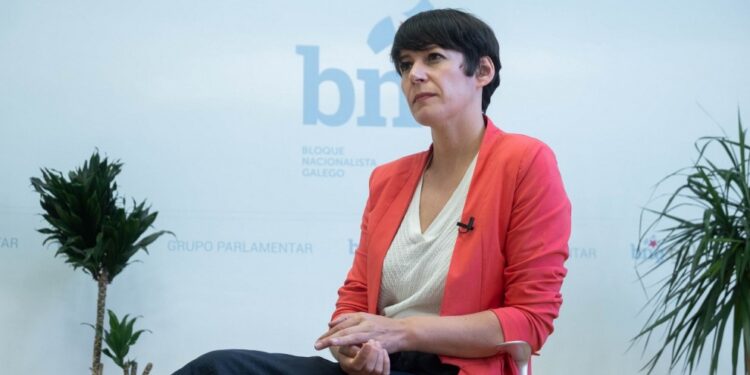 The BNG has inaugurated the political course in Rianxo (A Coruña) with its usual tribute to Castelao on the occasion of the anniversary of his death; An act in which the national spokeswoman, Ana Pontón, has set as a challenge to achieve a “historical” result in municipal elections and “expand the social basis” of training.

Pontón has also highlighted the “total validity of the thought of the illustrious Galleguista” when he proclaimed that Galicia needs “forces with hands free to defend the interests of the country.” “Without submissions to Madrid or Brussels, nor to the great economic lobbys,” he added.

“In the Second Republic that force was the Galeguista party, in 2023 it is the BNG. Today it is more necessary than ever having its own project without ties. Therefore, we have to continue moving forward for Galicia to advance,” said the nationalist leader.

In this line, he has indicated the municipal elections of May as an important appointment to “expand that advance of the block” and has been convinced that the nationalist will be the formation “that grows the most, with a historical result, with more mayors and with More councilors and councilors than ever. “

“Municipal elections are a magnificent opportunity to extend the BNG model to more municipalities and improve people’s lives and are also a great opportunity to enlarge the social basis of the BNG, to increase our presence in the territory,” he explained.

On the other hand, BNG’s national spokeswoman has also referred to the current context of difficulties and major changes, which he considers “a new government paradigm, capable of getting Galicia out of the tail van to which state forces lead us.”

That alternative, he continues, “already started in the last Galician elections, in which the citizens already gave the BNG the responsibility of leading the alternative to the PP, as well as in the municipalities governed by the BNG, examples of transformative policies and advanced “.

Also on this, Pontón has lamented the lack of “courage” of both the central government and the Galician executive to “avoid the speculation of basic goods such as electricity or food, which make a minor at the end of the month”.

“You can do much more, such as taking measures to curb speculation in housing or food, claiming the bank that returns 90,000 million euros of the rescue, lowering military spending to dedicate it to science, education or health, Put the folders or create the Galician electricity rate so that Galicia benefits from its electric wealth, instead of being grass of a predatory wind boom, “he defended.

Thus, he pointed out, the block will continue to present alternatives “for a Galician and fair exit to the crisis”, such as a social protection network that includes the recovery of the basic card or proposals before the rise in rent and mortgages.

Also, proposals in defense of public services, particularly health, “that drags primary care that is on the limit.”

“A struggle for the defense of public services, both from institutions and on the street, so I want February, which has to be a strong and massive response in favor of the public health system, “he said.

“We are aware of the difficulties and great challenges, but never as we now had so clear that our country needs a change of course, that we need to open a new time and make the old motto of Castelao of ‘ruling nós a nosa terra’ come true ‘ “He has influenced.

Listen live COPE, the radio of the best valued communicators. If you wish you can lower the application of COPE for iOS (iPhone) and Android.

And remember, in Cope you will find the best analysis of the present, the keys of our communicators to understand everything that surrounds you, the best stories, entertainment and, above all, those sounds that you cannot find anywhere else.

This article is originally published on cope.es