A report on Animal Welfare that betrays them and us! 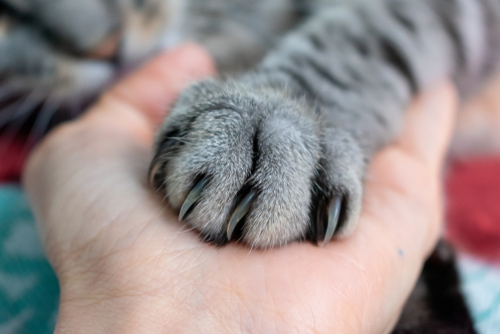 Belgium, (Brussels Morning Newspaper) The vote on the Animal Welfare report offered the European Parliament (EP) the chance to recommend to the European Commission improvements to inadequate and out of date EU laws for the protection of animals, which currently amount to little more than an all-species regulation dating from 1998. Unfortunately, this turns out to have been an opportunity missed and wasted, since the report, despite its benign title, is light years away from an expressed commitment to protect animal welfare.

With the Commission embarking on a review of animal welfare legislation up until 2023, the EP was presented with the timely opportunity to discuss weaknesses in the current legislation ranging from recurring infringements of key directives, overall inadequate control levels, outdated standards and a pressing need for scientific updates. Instead, this report focuses disproportionately on issues of competitiveness and cost and fails to provide clear directions either for farmers wishing to get out of the production intensification race or for citizens wishing to see a higher set of standards established and upheld.

And there’s more! The report condones a barbaric practice already banned in Italy — the forced-feeding of animals for the production of foie gras. This entails inserting a tube down the throat of ducks and geese two or three times daily in order to pump large amounts of food into their bodies, far more than they would ingest voluntarily. This causes the suffering animal’s liver to grow or swell to more than ten times its normal size, the purpose being to satisfy the needs of so-called gourmet palates eager to consume the resultant, outsize livers, euphemistically termed a sought-after delicacy. To all intents and purposes, the production of this prized and costly product ignores and/or denies the appalling cruelty the animals undergo each time they are subjected to this repetitive forced feeding process.

In light of this, I can only express my total disappointment at the outcome of this vote by the EP. Clearly, the main aim of the report has been to remind the Commission of the costs and risks involved in raising welfare standards, rather than the need to take a clear look at today’s implementation.

Along with my colleague Anja Hazekamp and others, I signed the amendment to reintroduce the report voted on in the Environment Committee. With the Greens/Efa, I also tried to intervene on the draft text to limit the damage, tabling amendments that were unfortunately rejected. In particular, we submitted an amendment on the issue of force-feeding, calling for an immediate ban on the process.

The current vote should lead to deep reflection all round on the need to eliminate intensive farming, a barbarity for animals, and a constant threat to human health, given that it is one of the major causes of pollution, deforestation, and production of climate-changing gases.

Moreover, we should seriously question the paradox of our food system, which leads us to destroy the natural resources on which we rely to produce food, without being able to feed the world’s population.

In this regard, it is worth considering how unacceptable it is that we live in a world where there are more than 820 million people who do not have enough food, yet, according to the WHO, there are two billion among us who are overweight. Currently, food systems are responsible for 70% of the water extracted from nature, generating up to a third of total human emissions of greenhouse gases and causing 60% of biodiversity loss. In addition, intensive livestock production, on which much of our food system relies, accounts for about 18% of total greenhouse gas emissions — more than the percentage emitted by the entire transport sector.

And yet, as the vote on the report on Animal Welfare shows, we prefer to look the other way, pretending that keeping thousands of animals locked up all their lives in cramped spaces or force-feeding them can truthfully be called a matter of animal welfare.