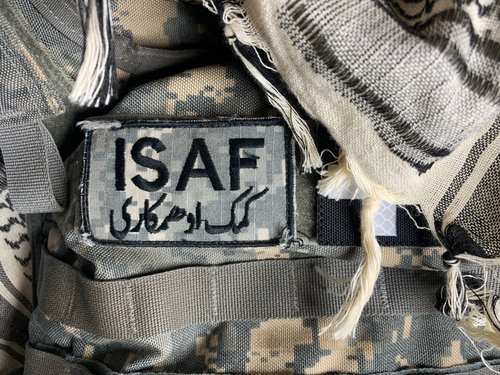 SAINT PETERS, MISSOURI - December 1, 2020: An ISAF Forces patch is affixed to a digital camouflage body armor. ISAF's role in Afghanistan began in 2001 and they are still active today.

Brussels (Brussels Morning). “We are very clear and keep open-eyed about the challenges, the difficulties we all face in Afghanistan. And we also know about the risks of the decision to end our military mission entails in Afghanistan,” said NATO Secretary General Jens Stoltenberg at NATO HQ 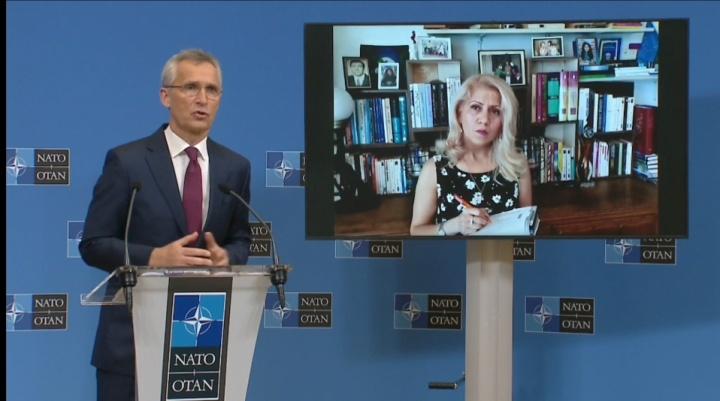 Brussels Morning asked NATO Secretary Stoltenberg about the funding for Afghan Security Forces, out of country training, and the protection of critical infrastructure, such as the airport, which is now under Turkish protection despite opposition from the Taliban.

Secretary Stoltenberg said that continuing the Resolute Support Mission would also entail risks, but sustained military advice and funding for the Afghan Security Forces is a given, while the Allies are also committed to fully funded out-of-country training, especially for Special Operations Forces.

As regards the role of Turkey, Secretary Stoltenberg noted that NATO’s second-biggest army is a key ally in the running of the airport. There is a dialogue now going on between different allies, including Turkey, on exactly how we can try to continue to provide support for the airport and make sure the airport continues to operate at international standards.

“With the NATO Allies, we’re working on how to maintain important infrastructure, such as an international airport in Kabul. To some extent, this is something NATO will support, and we’re also looking into how NATO Allies can be part of that effort. NATO Allies are addressing these issues as we speak. And I expect this also to be an issue that will be addressed at the Summit later on today,” he added

The NATO summit is being held this afternoon on June 14 here in the Brussels HQ, with the leaders of the organisation’s 30 member states, including the presidents of the European Union institutions, but it will be US President Joe Biden’s first summit in Brussels.

The leaders will discuss Afghanistan, Russia and China, pushing back against the rules-based international order. They will also discuss the continuing threat of terrorism including the sophisticated cyber attacks and NATO 2030 initiative.

In Sunday’s online press conference, NATO Secretary General Jens Stoltenberg: “We are in an age of global competition, and we must respond to many threats and challenges at the same time. I also expect agreement to establish a NATO Innovation Fund. I expect we will also agree to boost NATO’s ability to train the militaries of our partners, and build their capacity. We will take decisions related to our two newest operational domains: cyber and space. Allies have invested 260 billion extra for defense since the pledge was made in 2014. Allies who are not spending 2% of GDP on defence need to increase.

The Secretary General also talked about the new 2030 strategic concept: “The time has come to update and to make the next one, because we were agreed in 2010 at the Lisbon Summit on the strategic concept, and since then the world has changed, and our security threats and challenges have, in many ways, also changed.”

Lailuma Sadid is a former diplomat in the Islamic Republic of Afghanistan Embassy to the kingdom of Belgium, in charge of NATO. She attended the NATO Training courses and speakers for the events at NATO H-Q in Brussels, and also in Nederland, Germany, Estonia, and Azerbaijan. Sadid has is a former Political Reporter for Pajhwok News Agency, covering the London, Conference in 2006 and Lisbon summit in 2010.