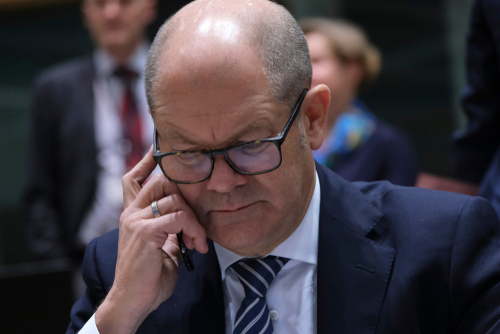 Brussels (Brussels Morning) German Finance Minister Olaf Scholz appearing before a parliamentary inquiry on Thursday, claimed he did not hold himself responsible for the Wirecard scandal, despite being in charge of the country’s financial watchdog BaFin, Deutsche Welle reported.

Wirecard, once lauded as a German success story in the burgeoning financial technologies sector, until the company was discovered to have been deceiving its investors and regulators. It finally folded in June 2020 after admitting that 1.9 billion euro allegedly held in trust accounts did not actually exist.

The German digital payment giant was found to be in debt to the tune of billions, and was suspected of having cooked its books for years to the extent that it even deceived the Ernst & Young auditors. The company’s CEO Markus Braun is on trial for fraud, while COO Jan Marsalek has evaded capture and is currently at large.

A multi-party parliamentary committee on the matter focused on Scholz’s role in the scandal, with some lawmakers accusing the minister and his deputy Joerg Kukies of knowing about the scandal in advance.

During several hours of answering to the Bundestag, Scholz claimed that much of Wirecard’s criminal activity took place before he took office in 2018. The minister also defended BaFin, maintaining that the agency was not equipped to deal with a criminal case on that scale, which is why he started its reform. He rejected allegations that either the Ministry or BaFin were trying to protect Wirecard, and also blamed Ernst & Young, which he believes should have detected the fraud.

The grueling inquiry is placing a heavy burden on Scholz, leader of the Social Democrats (SPD) and the party’s candidate for the next chancellor. Overshadowed by years spent as the junior partner in the grand coalition with Chancellor Angela Merkel’s Christian Democratic Union (CDU), SPD has been losing popularity fast, and the odds on Scholz succeeding Merkel as head of government are consequently very slim.