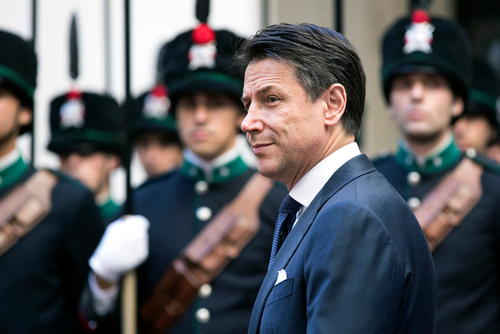 Brussels (Brussels Morning) The Italian Prime Minister Giuseppe Conte resigned today at noon, after it became clear that he would not have the needed majority to endorse a report in the Senate, which inevitably would have brought down his government. His resignation was  the latest twist in the government crisis which started when former PM Matteo Renzi withdrew from the ruling coalition.

Conte announced his decision even as the remaining parties in his coalition – the left-wing Democratic Party (PD), the populist 5-Star Movement (M5S) and the left-wing LeU – confirmed they would back his bid to form a new government, reported ANSA.

President Sergio Mattarella accepted Conte’s resignation. He announced that he would start consultations on forming a new government as soon as tomorrow in hopes that the government crisis would be as brief as possible.

In his presidential role as arbiter in Italian politics, Mattarella, will talk to representatives of all the parliamentary parties. Several options are available to form a new government without having to resort to early parliamentary elections.

Conte can attempt to muster the needed majority in the Senate in the absence of support from Renzi’s Italia Viva (IV) party. They splintered off from PD when Renzi was ousted as leader, and now hold disproportionate influence in the parliament compared to their popular support.

If Conte is unable to gather a majority, the three-party coalition could try to win back Renzi’s support by offering an alternative candidate for PM. Renzi left the coalition after a series of  disagreements with Conte over how to allocate more than 200 billion euro from the EU COVID-19 recovery fund.

If a majority can be found within a reasonable timeframe, Mattarella is expected to call early elections. This would result in a significant rightward shift in the Italian legislature, given the prevailing 50%-plus approval rating the right-wing bloc made up of Matteo Salvini’s right-wing League, the far-right Brothers of Italy and Silvio Berlusconi’s populist, right-wing Forza Italia are enjoying currently in the opinion polls, enough to secure them an absolute majority in both houses of parliament.