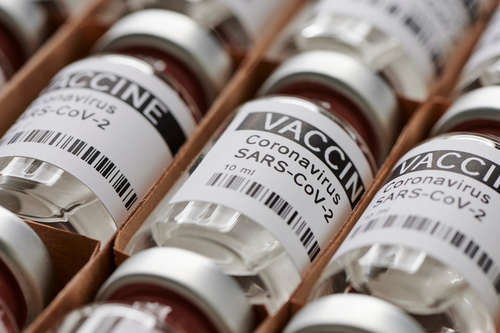 Brussels (Brussels Morning) The EU is planning to set up a mechanism for sharing surplus coronavirus vaccines with African and poorer neighbouring countries, Reuters reported on Tuesday.

Stella Kyriakides, European Commissioner for Health and Food Safety, informed MEPs on Tuesday that the Commission will propose a mechanism in coordination with EU member states.

This could be a way to provide poorer countries with vaccines before the COVAX scheme co-led by the World Health Organisation (WHO) starts its planned distribution, she said.

Kyriakides noted the EU mechanism would prioritise the most vulnerable groups and health workers in the Western Balkans and the Middle East as well as in North Africa and poorer sub-Saharan African countries.

According to an EC document released on Tuesday, “this mechanism would act as a single point for requests and a pipeline through which initial doses can be provided, possibly through COVAX.”

The EU has a population of approximately 450 million and has secured close to 2.3 billion vaccines and candidates, most of which still need to be approved by the European Medicines Agency.

COVAX is struggling to secure vaccines as it does not have enough money to pay in advance. Most of the deals it closed in December last year for some two billion doses are non-binding.

A senior vaccine negotiator from the bloc pointed out that “firms will not give you doses if you don’t pay in advance,” stressing the EU decided to launch its initiative because COVAX failed to meet expectations.

The WHO has criticised wealthy nations for hoarding vaccines, warning that this could jeopardise COVAX scheme. However, the agency remains optimistic that it can deliver the first vaccines before the end of the first quarter this year.It is not yet clear if the EU plans to resell or donate its excess vaccines, or when the bloc plans to make these vaccines available.