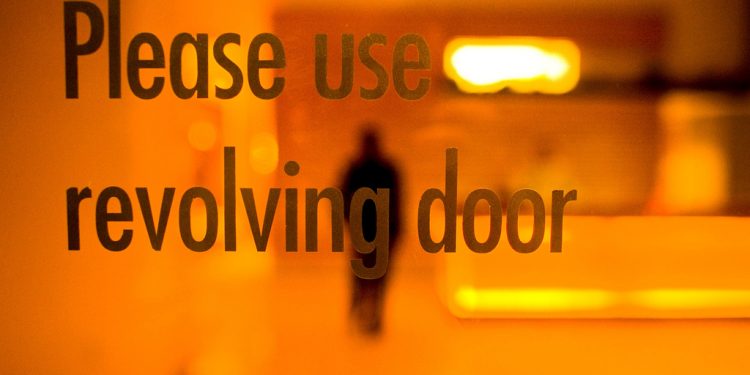 Brussels (Brussels Morning) Revolving doors have been an issue for EU institutions for quite some time. These ethics-challenging practices create a lack of trust within the bloc that could undermine its reputation, despite the well-intentioned initiatives and efforts of officials working in good faith.

In its annual report on EU agencies, the European Court of Auditors (ECA) recently sounded the alarm about the corroding influence such practices have on institutional integrity. The ECA report cited the case of the executive director of the European Banking Authority (EBA), who in 2019 resigned his post in order to become Chief Executive Officer of the Association for Financial Markets, the organization representing the finance industry in Europe.

Such moves are subject to article 16 of the Staff Regulations, which sets the procedures to be followed when EU officials seek a new job – paid or unpaid – elsewhere in the EU institutional framework within two years of leaving office. A candidate considering or being considered for a position less than 24 months after his or her previous assignment, must seek authorisation from an Appointing Authority within his or her institution in order to proceed.

Commenting on the case of the EBA official, the European Ombudsman said “forbidding the job move would have been a necessary and proportionate measure”. In February last year, the EU’s watchdog remitted a decision to the European Commission (EC) where it listed a number of technical suggestions for improvement.

The Corporate Europe Observatory (CEO) has repeated its concerns on the issue, claiming that “several recent revolving door scandals show the weakness of EU staff rules on public officials taking up roles – particularly lobbying roles – in the private sector”.

The Swedish MEP Sven Giegold analysed the CEO’s report and added: “Even though many changes may be unproblematic, the few rejections show that the EU rules to prevent conflicts of interest are hardly implemented. Many problematic lobby changes where sensitive knowledge has migrated from EU institutions to lobby organizations are publicly known.”

In the course of the last two EC mandates, European citizens have witnessed credibility-defying moves where top officials have moved into the private sector, sometimes having exercised regulatory responsibilities for that particular sector. Such was the case of former Competition Dutch Commissioner Neelie Kroes, who was appointed to Uber’s advisory board. However, Kroes’ shift to the private sector was not an illegal move.

Another instance involved the German Commissioner for Digital Economy Ghunter Oëttinger, who set up his own consultancy concern while in office and was allowed to start activities within one year of leaving.

Most controversial of all is the case of former EC president José Durāo Barroso, who became the chairman of Goldman Sachs International on completing his EU term of office, a move that  triggered a massive public outcry and resulted in a storm of questions as to whether his move was in violation of EU law.

According to Eurostat, trust among EU member state citizens towards the EC in 2019 registered a lowly 46%. The European Parliament was slightly higher at 51%. The European Central Bank (ECB) ranked last with only 42%.

“Democracy is undermined and trust in public institutions destroyed. With so much insider information in lobby organizations, citizens rightly wonder whose interests are being heard in EU institutions,” said MEP Giegold.