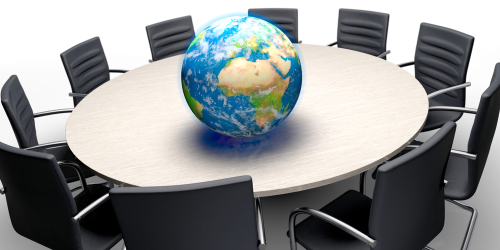 In a multi-day gathering, first held in 2015, dubbed the “Budapest Democratic Summit”, conservative leaders are scheduled to talk about demographics and family values, further strengthening the image of Hungary and its Prime Minister Viktor Orbán as the heart of conservatism in Europe.

Joining Orbán on stage, a number of the region’s conservative leaders backed a joint declaration on Thursday, stressing immigration should not be the solution to the EU’s declining birth rates, and called on the Union to keep family policy under national jurisdictions. The Czech Republic’s Prime Minister Andrej Babiš, Slovenia’s Prime Minister Janez Janša, Serbia’s President Alexander Vučić and Bosnia’s Serb leader Milorad Dodik all joined in on the declaration.

Orbán, who has described himself as a proponent of what he calls “illiberal democracy”, and who claims to be a defender of “Christian Europe” and its values, regularly opposes and defies Brussels on a range of human rights issues, from non-discrimination of LGBT persons to humane treatment of migrants.

Facing increasingly close elections next year, Orbán has pressed hard with his anti-migrant and anti-minority stance. Hungary’s recent anti-LGBT law, initially aimed to combat paedophilia, was expanded during the legislative process to outlaw any kind of “promotion or depiction” of homosexuality to minors.

While the law was challenged by the European Commission and condemned by most Western European states, a number of Eastern Europe states refused to condemn it, including Slovenia, Poland and the Czech Republic.

Czech PM Babiš, who also faces a challenging re-election campaign in just two weeks, is building his platform on an anti-migrant stance, and has openly embraced the opportunity to oppose immigration and praise “family values” at the Hungarian forum.