‘We had to eat our seeds for planting’: 10 million in Sudan facing food shortages 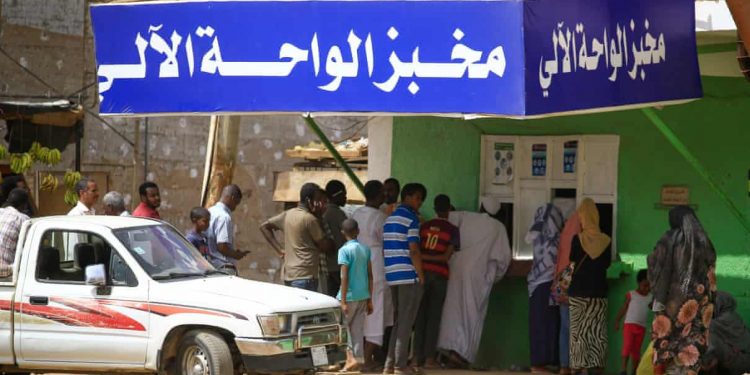 Almost a quarter of the population of Sudan are going hungry as conflict, rising food prices and the coronavirus take their toll.

Many of those affected live in the conflict zones of South Kordofan and the Blue Nile State, but almost all of Sudan’s 18 states have registered some level of hunger, including the capital, Khartoum.

UN agencies working in the country warned of severe consequences. “If no measures are taken, people may slide into chronic food insecurity and poverty – and perpetual high vulnerability to future hazards,” said Woo Jung Kim, communications officer at the World Food Programme in Sudan.

“Currently, there is widespread food insecurity due to conflict, and economic decline and inflation [are] driving down the purchasing power of the population.”

The UN has also warned that it is unable to reach some of the most vulnerable because of Covid-19 restrictions and instability. A source at the UN, who preferred to remain anonymous, said staff are finding it difficult to get visas or permission from the government to travel inside the country.

According to the World Health Organization, as of 27 July, Sudan had recorded 11,424 cases and 720 deaths from Covid-19.

Buthaina el-Nour, 31, a tea seller from Hajar el-Tair village in South Kordofan, told the Guardian on the phone that she had had to reduce her working hours because of the security situation in the area, which has left her struggling to buy food.

“I can’t stay long at the market because of the armed men hanging around who might rob and kill you. Most of the people I know can only have one meal a day and no one is giving any assistance. We just say ‘thank God that we are alive’,” she said.

Wisal Abu-Sham, who helps her husband farm their land in North Kordofan’s Um-Jab village, said she was struggling to get enough food to feed the 13 children who live with the family because of soaring food prices and lack of rain.

“We sometimes have two meals, but very often only one meal a day,” she said. “We prepared our land to plant sesame and sorghum but it hasn’t rained yet and we had to eat some of our seeds which were supposed to be planted.”