Up to €150mn to support EU businesses on AI 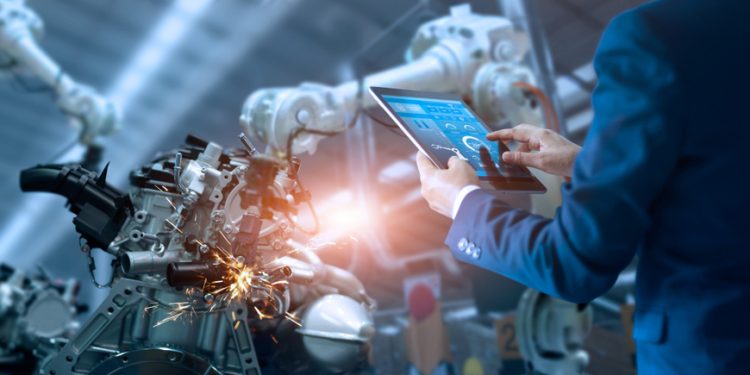 Brussels (Brussels Morning) The European Investment Bank (EIB) will pump 150 million euros of investment into businesses working on artificial intelligence (AI) over the next four years.

The new funds will be available through the research funding programme Horizon 2020.

The decision was taken during the Web Summit, yesterday, when the EIB and the European Investment Fund (EIF) decided to launch a new financing instrument to support AI businesses across the bloc.

The EU investment will be targeted at smaller companies that have recently been launched in the market, investing in the development of breakthrough AI applications and technologies that directly complement AI, such as blockchain, the Internet of Things IoT and robotics.

By collaborating with private investors, the EIB expects to support approximately 20 to 30 small and medium-sized companies.

The funding initiative seeks to strengthen support for a European ecosystem of excellence and trust in AI, previously announced in the European Commission’s White Paper on AI, and the overall digital strategy pursued by the EU.

“Europe has all it takes to become a hub for cutting-edge developments in artificial intelligence. We are putting a framework in place to leverage our strengths and build trust – including through clear and predictable rules. The co-investment facility announced [yesterday] will further support companies so that they can grow in the EU thanks to the design and the deployment of trustworthy AI”, said Thierry Breton, Commissioner for Internal Market.

According to the Commission, Europe needs to “increase and better coordinate public and private investment to reap the full benefits of AI” and to become a world leader in this technology.

The EU aims to increase total investment in AI — public and private combined — to 20 billion euros per year by the end of 2020. In 2016, Europe spent 3.2 billion euros on AI research and development, way below the whopping 12 billion euros that was spent in North America, or the 6.5 billion euros in Asia.

While the EU push for AI is based on ethics and responsible use of technology, PhD candidates at KU Leuven, Fieke Jansen and Daniel Leufer, have expressed concerns as to the so-called trustworthiness of AI applications.

Jansend and Leufer have questioned EU-funded projects propelling facial recognition technologies or those able to read the “depths of human sentiment”.

Another advocate of the careful uptake of AI is Shoshana Zuboff. In her book “Surveillance Capitalism”, Zuboff has detailed techniques used by tech giants to harvest personal data to be processed for behavioural prediction or manipulation.

On 16 December, the EU funded project “AI4EU” will hold a webinar, where the Delft University Professor Virginia Dignum will address the current state of AI regulation in Europe as well as its social and ethical responsibility.