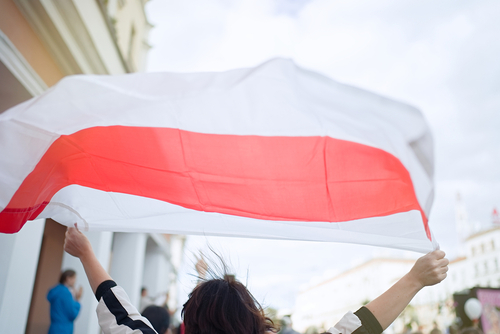 Brussels (Brussels Morning) Anaïs Marin, Special Rapporteur for Belarus at the Office of the UN High Commissioner for Human Rights (OHCHR), criticised Belarus for the worsening human rights situation in the country.

Speaking at the UN Human Rights Council on Monday, she accused Belarus of being engaged in “a form of purification that recalls the practices of totalitarian regimes”, DW reported.

She described the forced landing of the low-cost Irish Ryanair flight on 23 May and the subsequent arrest of anti-government activist and journalist Roman Protasevich as part of a “purge” of undesirables.

“This incident, which shocked the international community, illustrates the authorities’ willingness to end all forms of dissent by purging society of elements it deems undesirable”, she warned.

Marin noted that when she last addressed the Council in September 2020, the situation in Belarus had been catastrophic Now, she said, it has deteriorated even further.

Back in September, Belarusian authorities were cracking down on protests that erupted the month before, after the controversial presidential election where President Alexander Lukashenko won his sixth term.

Security forces arrested thousands of protesters and many were reported as having been abused in custody.

Marin called for the immediate release of Lukashenko’s political opponents including about 530 people described as political prisoners by rights groups. She said that sources citing the “systematic” torture of people detained for exercising their right to assemble peacefully.

“The current wave of repression touches absolutely the entire population, sparing no generation, no social-professional category”, she declared.

Lithuania’s Minister of Foreign Affairs, Gabrielius Landsbergis, declared the Belarusian democratic representation in Lithuania to be an accredited institution.”

He described the move as symbolic, saying it represents a step towards recognising Belarusian society’s push for democratic changes.