Uber to completely stop operations in Brussels from Friday 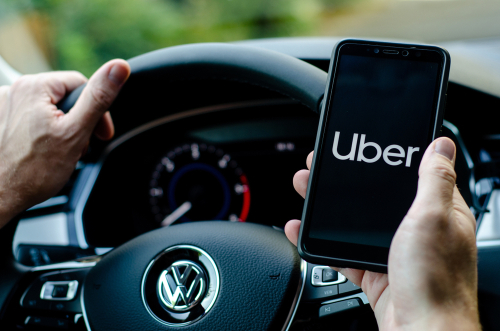 Brussels (Brussels Morning) The Green Taxis, engaged for years in a legal standoff against Uber, have just put a stop to the passenger transport application. The Brussels Court of Appeal has ruled that the first order for the cessation of UberPop’s activities dating from 2015 also applied to the services offered by UberX.

“Even if the decision is against our favor, we will respect it. But it is the inaction of the Brussels government that caused this”, reacted Laurent Slits, director of Uber Belgium.

To understand the ins and outs of this landmark judgment, we must go back to 2015, when the company court, seized by the Green Taxis, ordered Uber to stop giving rides to drivers who did not have a taxi license. In the process, the judge had ordered periodic penalty payments.

For its part, Uber had decided to drop UberPop, preferring to focus on its new UberX application. The latter had been presented as a transport service performed by limousine drivers (LVC) on the basis of a pre-existing contract. In order to apply the penalties decided by the judge of cessations, the Taxis Verts had turned to the judge of seizures by explaining that UberX did not present any difference compared to UberPop.

To put it simply, the foreclosure judge did not follow the thesis defended by the Green Taxis, pushing them to appeal. It is before this court that the taxi company, defended by Jean-Yves Cerckel, won. Justice ruled that the cessation order issued in 2015 against UberPop also applied to companies working with LVC drivers.

“We are here because of the inaction of the Brussels government which, for the past seven years, has said it will reform the sector”, the director said.

To support their arguments, the lawyers for Taxis Verts relied, among other things, on a decision rendered in January 2021 by the Brussels Court of Appeal in a case between the Belgian Taxis Federation (FeBet) and Uber. In this judgment, the court considered that the UberX application violated the Brussels regulations applicable to taxis. Likewise, the judges had declared that the contracts concluded between LVC companies and the platform set up by Uber were artificial.

“This decision (of the court of appeal) was taken on the basis of obsolete regulations, written at a time prior to smartphones,” said Laurent Slits, director of Uber in Belgium. “We are here because of the inaction of the Brussels government which, for the past seven years, has been saying that it will reform the sector”, Laurent Slits explained, emphasizing that 2,000 drivers will lose their sources of income. The judgment of the court of appeal is not suspensive, Uber must cease its activities. “Even if it is dramatic, we will respect this decision”.