The American political crisis provides the evidence of democracy’s resilience 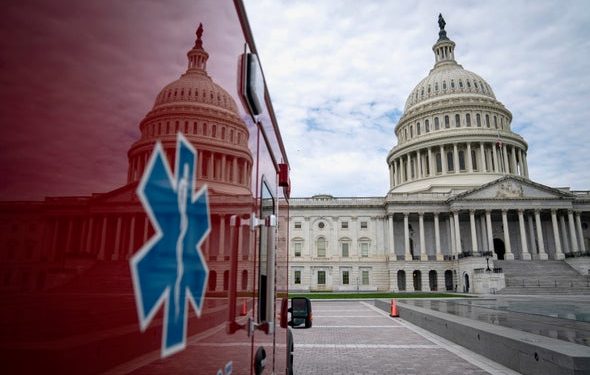 After America’s “political crisis”, Kenneth Wollak reflects on the resilience of its democracy with Tedo Japaridze.

Washington (Brussels Morning) Depending on one’s standpoint, one could argue that American democracy has been undergoing a profound crisis over the last four years and consequently demonstrated great resilience.

Polarised and vitriolic political discourse less focused on policy substance had reached urgent levels but through it all journalists, judges, and grassroot initiatives have been able to present diversity within the American political discourse despite the political impasse. Civil rights demonstrations, racial tension, and even an insurrection against the Capitol still never placed that spectrum of political debate at risk.

America is not a “winner takes all” political system, it retains checks and balances, and can manage extreme social tension. However, America’s global democracy-promoting mission that has been inexorably linked with the country’s self-perception faced a litmus test.

At the very least, American commitment to promoting democracy was missed.  America’s evolving role as a global democracy-promoting force, Brussels Morning spoke to Kenneth Wollak, chairman of the National Endowment for Democracy, former President of the National Democratic Institute (NDI), co-chair of the Commission on Presidential Debates since 1998 and a Senior Associate at the Centre for Strategic and International Studies.

Ambassador Tedo Japaridze (TJ). Following the storming of the Capitol in Washington would you say that democracy in the US is as functional as it has ever been? Does this matter for your work at the National Endowment for Democracy around the world?

Kenneth Wollak (KW). Attempts to delegitimise the 3 November election and ultimately deny the will of the electorate, along with the violent insurrection on 6 January exposed serious weaknesses in US democracy and threatened a centuries-old hallmark of our democratic process, the peaceful transfer of power.  Ultimately, however, our institutions — including state election management bodies, led by both Republicans and Democrats, civil society, the courts, the media and the Congress — proved resilient and prevailed against anti-democratic assaults.

These are all stark reminders of President Kennedy’s axiom that “democracy is never a final achievement.  It is a call to an untiring effort”.  Nor are recent events the first time that the US has struggled to reverse serious democratic deficits in the never-ending effort, in the words of our Founding Fathers, “to form a more perfect Union”.  But that is the nature of democracy itself — a self-correcting system that allows for peaceful change and greater inclusion.

There is no doubt that there are linkages between the capacity of the US to support democracy overseas and the performance of our own democratic system.

It has been said about the performance of the US economy, that when we sneeze, other parts of the world catch pneumonia. Something similar can be said about democratic politics.  President Biden in his recently released Interim National Security Strategy recognised these linkages and called for the strengthening of democracy at home and abroad, simultaneously.

Where this can impact the work of democracy-support organisations is when autocrats believe that they have a freer hand to arrogate greater power to themselves and to suppress further civil society and their political opposition.  On the other hand, democrats worldwide continue to expect and welcome American leadership in support of freedom and democracy and warn against any retrenchment even at times when our country maybe looking more inward to address these issues.

TJ. As part of your democracy promotion work for the last thirty-odd years you have been in Myanmar on more than one occasion —meet Aung San Suu Kyi multiple times. Given the spiralling downturn of Myanmar’s hybrid-democracy and her handling of the Rohingya crisis, is she still a legitimate counterpart for democratic movements worldwide? Do you feel there comes a time when our aversion to violent revolt should give way to the situation on the ground?

KW. In Myanmar, fundamental issues, for now, do not revolve around positions taken by Aung San Suu Kyi but rather on whether a newly installed military regime will stop brutalising its own citizens and cede power to civilian authority.

As demonstrated in the recent elections, Daw Suu remains extraordinarily popular as does her National League for Democracy, Daw Suu herself has said that she has not wanted to be seen as a democratic icon and there is a lesson in that.  Whether in Myanmar or elsewhere, it is better to place our faith in democratic institutions and processes, rather than on individuals.

I do not believe in violence, even in the name of democracy. More often than not, violence does not lead to positive outcomes, even if the autocratic regime is eventually ousted. Democracy, after all, is about the means to achieve an end. That is not to say that peaceful protests and civil disobedience movements are not legitimate. They often can be more effective against authoritarian rule and, unlike violent actions, can gain international sympathy and support.

TJ. The assumption in the 1990s was that economic liberalisation and democratisation go hand-in-hand. Meanwhile, China happened.

Since the Weimar Republic, the assumption is that democracy is not resilient without a Middle Class. Given the acceleration of inequality across the Western world – from Sweden to the US – do you feel we face a systemic problem or is this just a streak of bad luck?

KW. I believe those assumptions remain as true today as they were in the 1990’s.

Political systems that lack accountability mechanisms or sufficient political and social inclusion are more often than not plagued by corruption or conflict, both of which undermine the objectives of economic development to achieve self-sustaining growth and poverty reduction.

Deforestation, environmental degradation, and agricultural policies that lead to famine all trace to political systems in which government institutions have few incentives to answer to citizens, and in which a narrow political elite feel free to exploit resources, land and people without the need to account.  The problem with even an enlightened authoritarian leader is that blinded by economic success, hubris takes over, along with greed; his or her rule is perpetuated, and corruption grows.

Daron Acemoglu and James Robinson in their highly acclaimed book Why Nations Fail point out that China’s “march to economic prosperity” has masked the millions that were killed by the country’s “equally forced marches” under the economic policies during the Great Leap Forward and the Cultural Revolution.  As one Chilean democratic leader pointed out during Pinochet’s rule, “It’s hard to fine tune your dictator”.

The problem with authoritarian regimes, writes Acemoglu and Robinson, “is that when they are wrong, there is no one to stop them from disastrous results”.  It is also worth pointing out that the nascent African democracies of Ghana, Mozambique, Zambia and Sierra Leone are among the world’s fastest growing economies, while many countries, including Indonesia, Mongolia, Chile and South Korea, have continued to make strides in both consolidating their democracies and maintaining steady economic growth.

There is also the reality of demands by citizens, including those in the developing world.  Increased travel, trade patterns and the communications revolution have all conspired to create interest for systems permitting more freedom of choice for individuals. The desire for improved economic opportunities coexists with the desire for stronger political voice. And in a growing interconnected and interdependent world, people will not indefinitely postpone the latter for the former.

The UNDP, in its landmark Human Development Report, may have put it best when it concluded that democratic participation is a critical end result of human development, as well as a means of achieving it.