Risk of poverty rises across Europe 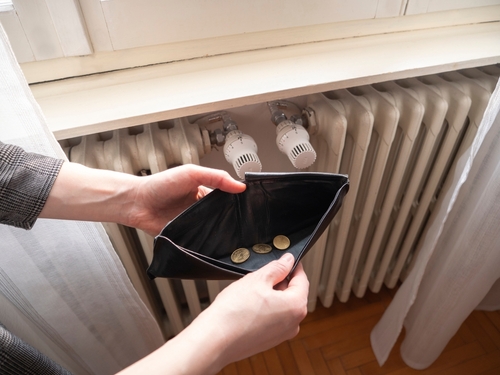 Heating bill. Increase in the cost of gas bill. Soaring energy prices. Increase in the price of natural gas. Energy crisis in Europe. Hands hold wallet with money near the radiator. Pay the bills.

The NGO pointed out that a survey conducted by Ipsos polling agency in six European countries shows that groups most at risk of poverty vary between the countries in question, according to The Guardian reporting on Monday.

In Germany, the group most at risk are pensioners, in Italy it is young people and in the UK single-parent families.

Overall, roughly one quarter of respondents say their financial situation is “precarious,” defined as “one unexpected expenditure could change everything.”

The NGO pointed out that cost of living is rising largely due to soaring energy prices and growing inflation, stressing that approximately 80% of respondents have already made difficult spending cuts.

More than two thirds of respondents from Greece say their purchasing power dropped “somewhat” or “a lot” in the last three years, followed by France with 63%, Italy with 57%, Germany with 54%, the UK with 48% and Poland with 38%.

As far as spending cuts go, more than 60% of respondents noted they travel less, 47% have cut heating, 42% have borrowed from family or friends and 29% have skipped meals.

As many as 64% of respondents pointed out they “sometimes” or “often” cannot chose what to cut next, stressing that they already cut as much as they could, 28% say they were in overdraft by mid-month and 27% expressed fear of losing their home.

Approximately 70% of respondents from Italy expressed concern that their financial situation will become precarious in the coming months, followed by 68% in Greece. Nearly half of UK respondents assessed the risk of precariousness as significant, followed by France with 42%.

More than 70% of parents say they cut their spending to protect the quality of life of their children, with 48% saying they regularly eat less to feed their children.

Approximately 50% of parents expressed concern they would not be able to meet the needs of their children in the future and one third warned they cannot make their children’s diets as varied as they used to.

Tags: Main-SliderPoverty rises across Europe
No Result
View All Result