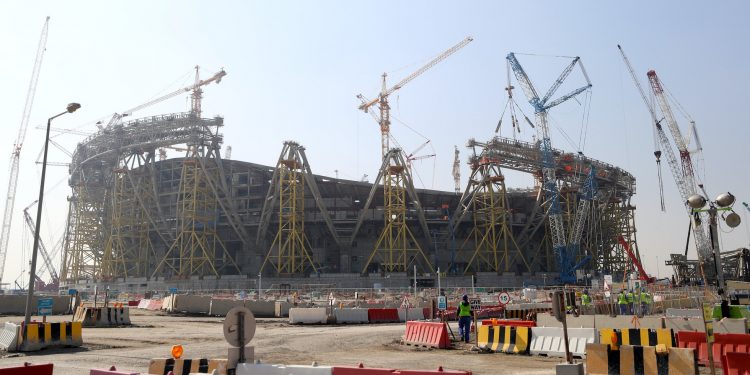 Brussels (Brussels Morning) The Human Rights Watch has issued a report critical of human rights abuses in Qatar, which is hosting the World Cup this summer. In addition to the reports of workplace violence and sexual exploitation, the organization has also documented reports of forced labour and migrant worker abuse. The DBU has been working with its Nordic neighbors to raise awareness about the issue and to push for further reform. It has written to Fifa, the World Cup’s organizing body, demanding answers on why two Norwegian journalists were arrested and held for 30 hours in November.

The DBU has visited the country twice and has held discussions with Amnesty International and the ILO. Since 2015, the DBU has been in a “long dialogue” with all parties and is seeking progress on conditions and the protection of workers’ rights. Increasing the standards of living for migrant workers is in the interest of all countries. In particular, the World Cup is attracting many migrants, and there are several ways to improve these conditions.

In addition to the poor living conditions in Qatar, migrant workers are unable to participate in the tournament due to the restrictions and discrimination they face. The government has pledged to take steps to improve the situation, but the human rights group says that these efforts have fallen short. The ILO’s report also points out that the country’s kafala system is illegal, and has made migrant workers feel unable to change jobs without permission.

The Amnesty report focuses on the exploitation of migrant workers, which has been documented since before the World Cup. Migrant workers from Nepal are especially vulnerable to abuse, and Ghimire has launched crowdfunding campaigns to help them fly home to Nepal. Amnesty reports that the kafala sponsorship system is a huge contributor to exploitation in Qatar. The report is also critical of the country’s aversion to accountability for its migrant workers.

The International Labour Organization has also criticized the country’s lack of transparency in its investigation of workplace deaths. The International Labour Organization said that the country is failing to protect migrant workers and adequately investigate workplace deaths. Amnesty has filed a complaint against the Qatari government and its employees in the United States. The ILO has said the country will not allow its migrant workers to work in the Middle East.

Amnesty has criticized Qatar’s human rights record in the country. The organization has pointed to the failure of the country to enforce laws. In one of its statements, the Amnesty International spokesperson stated that the country is making a “significant effort to remedy the problems in its stadiums.” However, Amnesty has also accused the local authorities of not enforcing the law and denying workers’ rights.

The media report found that the Qatar government is failing to protect the rights of migrant workers. Its repressive laws on gay and lesbian labor, women’s rights, and the rights of migrants have been the cause of many fatalities. While FIFA’s human rights policy is laudable, the government of Qatar is not doing enough to address the situation. Even the most committed NGOs are attempting to contact FIFA and the local governments to stop the abuse.

The Qatar World Cup has been unfairly scrutinised for years. Amnesty International has called the World Cup a “World Cup of Shame.” In response to these criticisms, Fifa has signed an MoU with the National Human Rights Committee. The MoU aims to raise awareness of human rights issues, but the critics are unlikely to be won over by the statement. Amnesty also says that the Qatar Worldcup will not promote the rule of law in the country.

The Qatar World Cup has been accused of violating human rights for migrant workers. The country’s organisers have responded by saying that the World Cup has made significant progress in improving its labour laws. But there are still concerns about the state of migrant workers in the country. Among the most common concerns are forced migrant labor, which is illegal in Qatar, and the kafala system.