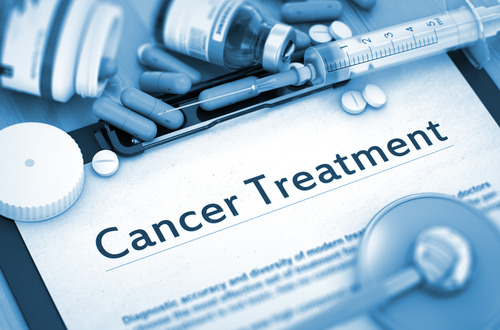 Brussels (Brussels Morning) A plan to beat cancer in the EU that was first pledged a year ago was officially unveiled today to mark the day the world symbolically celebrates the fight against cancer. The EU’s plan to curb the incidence of the disease will be centred on four pillars: prevention, early diagnosis, treatment, and follow-up care, Health Commissioner Stealla Kyriakides and Commission VP Margaritis Schinas jointly announced.

“A strong European Health Union is a Union where citizens are protected from avoidable cancers”, Kyriakides declared, adding that access to early screening and diagnosis is the centerpiece of the EU’s cancer plan.

“Throughout the pandemic, many cancer patients did not have access to their treatments. Unless we take urgent and decisive steps, more and more Europeans will be losing their lives to cancer”, she warned, noting that 40% of cancers are avoidable.

Commissioner Schinas said that with the new EU cancer plan, “no first and second class cancer patients” need compete for access to treatment facilities in the Union. Schinas announced the creation of a “very important” European Cancer Imaging to improve personalised medicine and innovation as well as the development of a new cancer screening scheme to ensure that 90% of the targeted population will be covered.

At its broadest, the programme approach will look to reduce the burden of cancer for patients, their families, their carers and medical staff. “The patient may be in the middle, but everyone around is affected by it”, Kyriakides noted.

When it comes to prevention, the Commissioners said the aim is to create a “tobacco-free generation of Europeans”, to promote healthier diets by raising greater awareness about food nutrition and labeling, to reduce obesity rates in Europe and to promote physical activity.

Commissioner Kyriakides, pointing out that that over 12 million people have survived cancer in Europe, said it was as vital to promote and sustain their well-being through follow-up as it is to prevent new cases.

“The adoption today of Europe’s Beating Cancer Plan represents a crucial milestone in this journey. This Plan is exactly what European cancer patients, survivors, caregivers and their families have been waiting for,” Wendy Yared, the Association of European Cancer Leagues’ Director, stated in a congratulatory message welcoming today’s announcement.

Realising the EU’s cancer plan will entail an outlay of 4 billion euros drawn from the EU4Health programme, Horizon Europe and the Digital Europe programme.

The Special Committee on Beating Cancer (BECA) was established in September 2020, the second dedicated group for cancer policy at the European Parliament. In 2005, the MEPs Against Cancer (MAC) Interest Group was founded by a group of committed MEPs

“The EU cancer plan will focus on cancer-related inequalities in and between member states. Plans to support, coordinate and complement member states’ efforts will also be addressed”, BECA member, MEP Deirdre Clune (EPP), said, referring to the Cancer Inequalities Registry that was announced by the Commission today.

MEP Loucas Fourlas (EPP), chair of the MAC Interest Group, listed the group’s priorities as the prevention, early diagnosis, psychological support, funding for research and equal access for all patients to innovative treatments.

“My commitment and highest priority is the fight against cancer, particularly childhood cancer. The battle is a highly sensitive and personal issue for me, and is a life promise that I will never break”, Fourlas observed.

The EU’s new cancer plan pays particular attention to paediatric cancer through the launch of its Helping Children with Cancer Initiative. This aims to ensure that children have access to rapid and optimal detection, diagnosis, treatment and care.