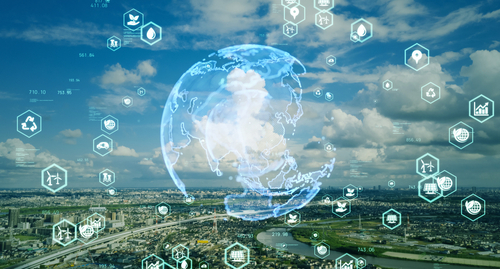 Belgium, (Brussels Morning Newspaper) Portugal’s Environment Minister Duarte Cordeiro wants to anticipate the country’s carbon neutrality from 2050 to 2045, rejecting economic development based on the use of fossil fuels.

Cordeiro, speaking in Santarém on January 19,  together with the National Defence Minister Helena Carreiras, was attending a military ceremony in which the Army Mechanized Brigade was awarded recognition for its environmental management system, contributing to sustainable development practices.

“This prize has, since 1993, reflected this fruitful partnership, much older, and recognizes that only with joint action by the different areas of government is it possible to achieve the objectives we set ourselves in terms of the environment and climate action, which, as we know , are extremely demanding,” Cordeiro said.

Portugal was among the first countries in the world to set 2050 carbon neutrality goals. The country’s energy and climate policies push for carbon neutrality primarily through broad electrification of energy demand and a rapid expansion of renewable electricity generation, along with increased energy efficiency.

“Portugal has played a leading role in international commitments on climate action. We were pioneers, as early as 2016, in the commitment to achieve carbon neutrality by 2050, which we want to bring forward to 2045”, said Cordeiro, having underlined that the government rules out any possibility of basing economic development on the use of fossil fuels.

Cordeiro recalled the closing of coal-fired power plants on national soil, the last of which in the Abrantes region, in November 2021, whose emissions, in 2017, came to represent around 17% of the national total. The way forward, Cordeiro noted, is a commitment towards renewable energies in Portugal.

“Achieving carbon neutrality in Portugal requires emission reductions of more than 85% to anticipate the goal in relation to 2045, and a carbon sequestration capacity through the use of soil and forests of 13 million tons of carbon per year,” added Cordeiro.

For that purpose, Cordeiro argued the necessity to change the linear economic model in which the country extracts, consumes and discards, towards a circular economic model, regenerative in the use of resources.

Between 2013 and 2022, Portugal conquered “a capacity of 5GW in renewables and only two coal-fired power stations (1.8GW) are left in the system”, Cordeiro said, highlighting that “renewables account for around 16,3 GW of installed capacity”.

In terms of electricity production, the Minister added, “in 2020 and 2021 renewable energy was around 60% of total production” and “solar went from 3% of total renewable production in 2015 to around 11% in 2022”, anticipating shorten the deadline of another objective.

In 2022, Portugal ranked fourth (after Poland, the Netherlands and France) among the European nations installing solar power. The remarkable feat of the Portuguese transition, however, is the incredible 251% growth compared to the amount of solar installed in 2021, which catapulted the country to the top 10 for the first time.

“Over the next two years, another 2.8 GW of new capacity will be able to enter based on the licenses already allocated. That is, we will be able to double the installed solar capacity, which allows us, with optimism, but realism, to consider that we will anticipate our 2030 goals already in 2026,” Cordeiro added.