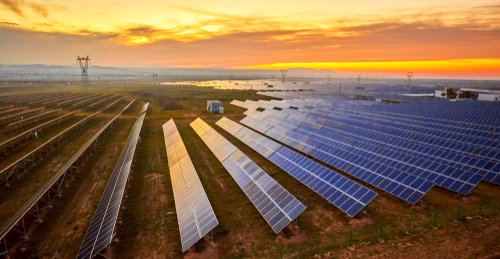 Portugal’s electric utility Energias de Portugal (EDP) is leading the project that is part of the country’s plan to lower its reliance on fossil fuels and facilitate the green transition, Reuters reports Monday.

The country is speeding up its green push thanks to high insolation and strong winds from the Atlantic but still feels the energy crunch even though it imports almost no energy from Russia.

Miguel Patena, EDP director in charge of the project, noted last week that the price of electricity from the floating solar power plant will be roughly one-third of that generated in gas-fired thermal power plants.

He pointed out that the floating plant is expected to produce about 7.5 GWh annually and noted that the plant will be complemented by battery storage with a capacity of 2 GWh.

Patena added that the solar plant will supply power to approximately 1,500 households or cover roughly one-third of the needs of nearby towns Portel and Moura.

Largest such project in Europe

“This project is the biggest floating solar park in a hydro dam in Europe, it is a very good benchmark,” he pointed out and added that similar projects were launched in California and China.

Floating power plants on reservoirs used for hydropower generation are especially cost-effective because they can connect to existing infrastructure. In addition, excess power production during peak insolation can be used to pump water into the reservoir to help with load balancing.

Ana Paula Marques, the EDP executive board member, pointed out that the conflict in Ukraine highlighted the importance of moving away from fossil fuels.

She reminded me that the Alqueva project is part of the company’s plan to reach carbon neutrality by 2030 and pointed out that hydropower and other types of renewable generation account for about 78% of the power utility’s installed capacity.

The company launched a pilot floating solar plant project in 2017, installing 840 solar panels on the Alto Rabagão reservoir, which is also used for hydropower generation.