Most accidents take place on these Brussels roads 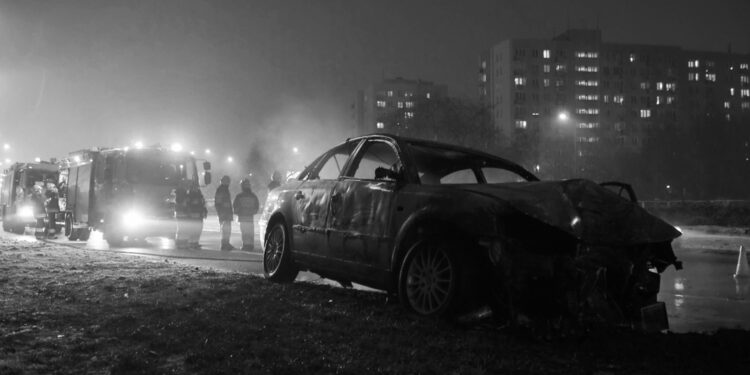 Brussels, (Brussels Morning)- The Emilie Bockstaellaan, the Kruidtuinlaan and the Houba de Strooperlaan. These are the streets where the most traffic accidents took place in the past ten years. This is evident from figures from Statbel, to which VIAS road safety explains: “These are busy traffic axes, with busy intersections where different road users come together.”

The Emile Bockstaellaan is number one with 308 accidents in the period from 2012 – 2021, including one fatal accident. There are 251 accidents on the Kruidtuinlaan, including two fatalities. The Houba De Strooperlaan counted 248 traffic accidents, with also two fatal accidents. This is apparent from figures from Statbel, which La Dernière Heure reports on.

VIAS selected the Brussels streets where the most accidents took place and then whether there were also fatal accidents. Because it concerns a top 15 of ‘most crashes’ and not of ‘most fatal crashes’, not all fatal road crashes in the past ten years have therefore been included in the overview.

The streets in the top 3 in Brussels have something in common: they are busy traffic axes, with intersections where different types of road users come together. “These are certainly not quiet roads. It is rather squirming and swarming,” spokesman Stef Willems explains to BRUZZ .

If you only look at the most recent annual figures, you will see that the Dansaerstraat appears in the top 3 (thirty accidents in 2021), after the Emile Bockstaellaan (37 accidents) and the Kruidtuinlaan (30 accidents).

‘Numbers don’t say everything about the danger’

The total figure for the number of traffic accidents gives an indication of whether the road is dangerous. But to really make statements about the danger of a road, the length of a road should also be compared with the other roads. Just like the speed that is driven and the type of transport that is used. A truck travelling fifty kilometres per hour inflicts more damage than a moped travelling thirty.

On the Emile Bockstaellaan – in first place in both the ten-year list and the most recent annual figures – you see different types of traffic coming together. “That potentially increases the chance of a conflict,” admits Willems. “But that does not mean that this is necessarily the case. The figures also say nothing about the seriousness of the conflicts.”

To reduce the number of traffic accidents in the city, traffic flows should be separated as much as possible. “That is the basic principle of traffic engineering. But it is not always that simple: in some places you create conflict-free intersections, in other places you create problems: for example, because drivers have to stand in traffic jams for longer.”