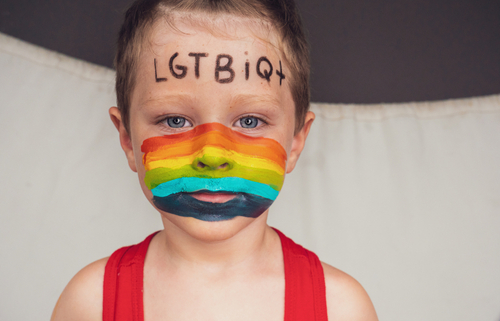 Brussels (Brussels Morning) LGBTIQ persons are entitled to the same rights as heterosexual folks, the European Parliament voted yesterday, reinforcing previous statements designating the EU as a “freedom zone” for the LGBTIQ community.

The vote was 387 in favour, 161 against and 123 abstaining at yesterday’s plenary session in Strasbourg.

“The resolution adopted by the European Parliament is another important step towards ensuring that we all have the same rights in Europe”, MEP Mikuláš Peksa (Greens) told Brussels Morning.

Despite a strong majority voting in favour, the LGBTIQ topic remains very divisive across the EU, in particular in countries like Hungary, Poland and Romania.

“I understand that many xenophobic extremists may see this as an unnecessary Brussels agenda, but one thing is clear: members of sexual minorities simply do not have the same rights as their fellow citizens who are heterosexual”, Peksa insisted.

Citing the issue of the transnational spread of anti-LGBTIQ activism, the Executive Director of Forbidden Colours, Rémy Bonny, confirmed on Tuesday that the Belgian police had arrested a suspect for distributing anti-LGBTIQ stickers in the Flanders region.

Yesterday’s EP resolution states that people living in same-sex marriages must have the same rights as anyone else.  Also, such marriages and partnerships must be fully recognised in every European country without reservation.

Following the European Court of Justice (ECJ) ruling “Coman & Hamilton”, which found that “spouse” provisions in the Free Movement Directive also apply to same-sex couples, the Commission was urged to take enforcement action against Romania, where the government has failed to update national legislation to reflect this ruling. (In yesterday’s vote, 9-out-of-10 Romanian Socialist MEPs opposed the Parliament’s resolution).

Stating that it is time for the European Union to make it clear “to countries like Hungary and Poland” that no one in Europe recognises their “xenophobic laws”, Peska went on to observe that “as the European Commission has already indicated, if they don’t fix this, they will lose all the euros that flow to them from the EU.”