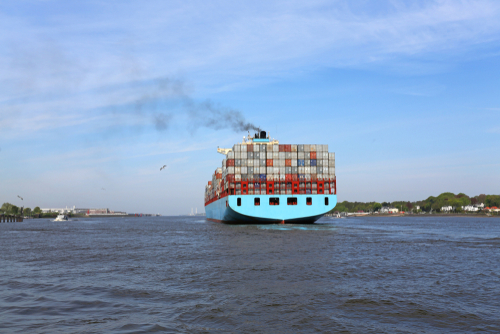 Brussels (Brussels Morning) The European Parliament voted yesterday to cut shipping emission by 40% by 2030, in a bid to move closer to climate neutral transition and the European Green Deal.

The reduction is to be achieved through a gradual phase out of heavy fossil fuel use by the shipping. Industry. “Liquefied Natural Gas (LNG) and LNG infrastructure could be one of the transitional technologies towards zero-emissions alternatives in the maritime sector”, MEPs stated.

In the resolution, MEPs also called for the inclusion of maritime transport in the EU Emissions Trading Systems. They noted that sulphur and nitrogen emission control should be established in the Mediterranean Sea and extended to all EU seas, taking account of “urgent health and environmental need”.

The European Community Shipowners’ Associations (ECSA) congratulated the Parliament for taking steps to promote “a holistic approach including ports and energy suppliers as parts of a comprehensive maritime cluster”.

ECSA also recorded its “appreciation” of the Parliament’s recognition of the role LNG can play in the gradual transition towards zero-emissions alternatives in the maritime sector.

In view of an expected increase in shipping emissions, MEPs advocated climate neutrality for the maritime transport sector by 2050. Funding, research and innovation in clean technologies and fuels are projected to have a vital role in achieving this.

Between 2012 and 2018, greenhouse gas emissions (GHGs) in the maritime sector increased nearly 10%, according to the 2020 study by the International Maritime Organisation (IMO).

More than 80% of the world’s goods are transported via maritime shipping, which goes to show just how important the maritime sector is to the smooth functioning of the global economy.

Yet globally, maritime transport accounts for the emission of around 940 million tonnes of carbon dioxide annually, which according to the parliamentary report, works out at approximately 2.5% of global GHGs.

“The report rightly calls for a comprehensive approach under the upcoming FuelEU Maritime proposal and makes on scrubbers clear reference to the IMO work and to the fact that any measures should be in line with the IMO framework and the MARPOL Convention”, ECSA’s Secretary-General Martin Dorsman stated.

With Parliament’s adoption of the report, MEPs are calling on the European Commission to develop a strategy on zero-emission ports, to support the uptake of on-shore power supply from clean electricity and to propose rules to promote zero pollution at berths.

The Commission is also being asked to start work on measures to regulate EU port access for shipping that heavily pollutes, citing an EU regulation responsible for monitoring shipping compliance with international standards.On May 21, the European Maritime Safety Agency is scheduled to debate concrete measures for a more sustainable maritime sector in the future, during an online event.