Macron asks Rwanda to forgive France for its role in genocide 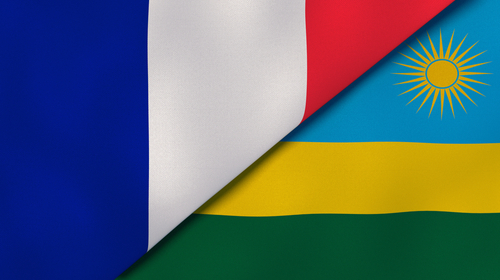 Brussels (Brussels Morning) President Emmanuel Macron on a visit to the Rwanda capital Kigali on Thursday, publicly acknowledged the role France played in the 1994 genocide and asked for forgiveness from the survivors.

“Standing here today, with humility and respect, by your side, I have come to recognise our responsibilities”, Macron said in a speech delivered at the Kigali genocide memorial site. “Only those who crossed the night can maybe forgive; give us the gift of forgiving us”.

Macron’s visit, which RFI notes is the first by a French leader in more than a decade, It comes after historians in both Rwanda and France have examined the French responsibility for the mass campaign of extermination which resulted in the deaths of some 800,000 Tutsis and those  who tried to protect them from the slaughter.

A French report, commissioned by Macron and published in March, concluded that the French government at the time was not directly complicit in the genocide, but noted that the French authorities had remained blind to preparations for the murderous campaign, which had started well before the actual genocide took place.

Despite what should have been obvious signs, Paris continued to support the “racist and violent” government of the then-Rwandan President Juvénal Habyarimana. The same report also blamed the French government for being too slow to react in recognising the extent of the killings.

A more scathing report commissioned by the Rwandan government, published nearly a month later, concluded that France bore “significant responsibility” for “enabling a foreseeable genocide”, and  noted that Paris “did nothing to stop the massacres” in April and May 1994.

Commenting on the French report, Rwanda’s President Paul Kagame previously said that the fact that it acknowledged France’s responsibility was a big step towards easing relations between the two countries.