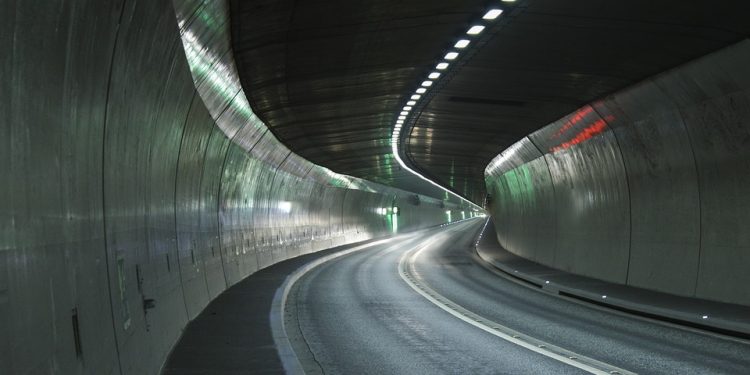 BRUSSELS (Brussels Morning) – The renovation of the Leopold II tunnel, soon to be known by a new name, Annie Cordy tunnel, has finally come to a successful conclusion after four fruitful years. All because of the renovation operation, the longest tunnel in the country now meets the highest quality and safety standards. Modern technologies will also ensure that it can be optimally maintained in the decades to come.

The inauguration of the Leopold II tunnel will be held festively at the end of the month of May. The tunnel’s name will also be changed officially to Annie Cordytunnel from then on. It is the longest underground traffic axis in the country that measures upto 2600 metres. From today onwards it is perhaps also the most modern tunnel as the renovation works have finally been completed after four years. 60,000 vehicles pass through the tunnel every day.

The works had a strong impact on the traffic. For example, the tunnel was closed several times during the months of summer.

In addition to this, a cathodic protection of 24,000 m² is installed to ensure extended life of the tunnel. In that regard, 3D scanners and 360° cameras have also been installed. These provide accurate digital models of the infrastructure. This also gives the maintenance teams a detailed picture of the tunnel and all the location-specific data.

Finally, the inner walls have also been given a new look. Brussels Mobility and Art & Build provided the designs for this.

The works were carried out by the Circul 2020 consortium with Besix, Jan De Nul Group and Equans. It is believed the consortium will be responsible for maintaining the tunnel for 25 years. The contract is worth 462 million euros.