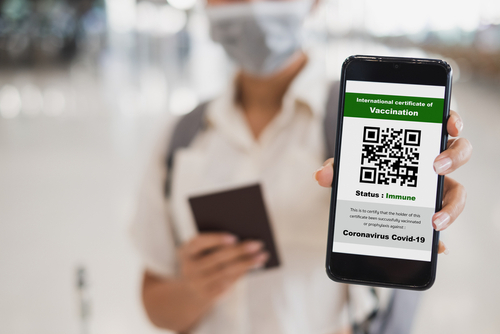 Brussels (Brussels Morning) Italy plans to make the vaccine pass mandatory for all workers on 15 October. From then on, all workers in Italy will have to present a negative COVID-19 test, plus proof of vaccination or recent recovery from the disease, Reuters reported on Thursday.

The move is the latest attempt of the ruling coalition headed by Prime Minister Mario Draghi to force citizens to get vaccinated against COVID-19 in order to curb the spread of coronavirus.

According to the draft of a decree not yet released to the public, workers who do not comply are to be suspended without pay, but cannot be laid off. Citizens who fail to comply with the mandate and still go to work will face fines of 600 to 1,500 euro.

While some EU member states have introduced COVID-19 vaccine mandates for healthcare workers, Italy is the first member of the bloc to impose a vaccine pass mandate on all workers, making it a test case.

While the vaccine pass was initially proposed as a tool to facilitate travel around the EU, Italy was among the first member states to make it mandatory for access to public life.

Most political parties and the largest federation of employers in Italy support the new mandate, but citizens have been staging protests against increasing pressure to get vaccinated.

Unions are more lukewarm and have proposed that workers who do not want to get vaccinated against COVID-19 should be provided with free tests, stressing the importance of allowing them to work.

Officials oppose the unions’ proposal, pointing out that it would encourage people not to get vaccinated.

According to an unnamed government source, the authorities plan to keep a firm hold on test prices, with maximum price per test for adults to be capped at 15 euro.