In the US Democracy Is Increasingly a Spectator Sport 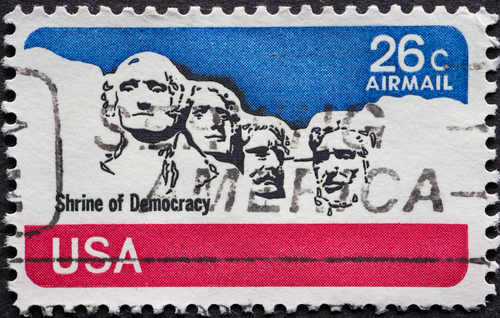 USA - Circa 1974 : a postage stamp printed in the US showing the Mount Rushmore Text: shrine of democracy United States Air Mail

The USA, (Brussels Morning Newspaper) Most of us have seen the slogan “democracy is not a spectator sport” on t-shirts and more frequently bumper stickers. This is meant as a reminder that in a democracy all of us should participate, primarily by voting, and that is the way we can make a difference. There is a great deal of intuitive appeal to this slogan. It is difficult to argue with the notion that everybody should vote or that participation is an important part of democracy.

Unfortunately, in the US democracy is increasingly a spectator sport. The primary reason for this is not just that voter turnout is lower in the US than in many other democracies. Rather, the American political system turns most voters into spectators in large part due to our unusual electoral system. Many Americans live in places where elections for the House of Representatives, the Senate, statewide offices and state legislatures are not competitive.

The current electoral fight for control of congress demonstrates this dynamic. The coverage of the US senate elections this cycle has focused on the states of Pennsylvania, Ohio, Wisconsin, Georgia, Arizona, Nevada, North Carolina, and New Hampshire. Those are the states where elections for the senate are expected to be close, but there are 26 other states that are having elections for the senate this year. New York, California, and Florida states that together are home to almost one in four Americans who are also having senate elections, but nobody is paying any attention because Senators Schumer, Padilla, and Rubio are expected to be reelected easily. A similar dynamic exists in the House of Representatives where there are about 50-60 seats that are expected to be competitive, but at least 350 seats where one or the other of the two major parties will win easily.

One result of this is that while the US remains a deeply divided country, it is not, from an electoral perspective, experienced that way by most Americans. For millions of Americans, Democrat and Republican, left or right, shortly before a midterm election all we can do is vote in our own uncompetitive elections, cheer on our party from the sidelines and if we are fortunate enough to have some extra money, contribute to our party’s candidates in other states. This feels a lot like a spectator sport. It’s like going to a baseball game. We watch, we cheer and if we have a bit of money, we can get better seats, but the Yankees aren’t calling on me to pinch hit. However, given how poorly they played in the playoffs, that might not have been such a bad idea.

Among the causes for this situation is the American people sorting themselves by party, ideology, and geography, gerrymandering that limits the number of competitive districts, and many American states becoming dominated by one of the other parties. However, the lack of competitive elections is only one of the problems that grow out of this. A bigger problem for American democracy is that this paucity of competitive elections means that in a very meaningful way, for most people most of the time, politics are not participatory. This is extremely disempowering and ultimately leads people to seek solutions elsewhere. In the summer of 2022, the Supreme Court overturned the Roe v. Wade decision, leading several states to almost immediately pass laws taking away the right to reproductive freedom. Several more states are likely to follow. Activists, furious about this decision, took to the streets in places like New York and San Francisco, heavily Democratic cities in states which will continue, and even strengthen, their commitment to allow women to make their own decisions about their bodies.

In the aftermath of those events, progressives were once again told how important it is to vote because of issues like abortion rights. Similarly, earnest voices are telling us that to protect American democracy and stop election deniers from gaining more power, it is imperative that we vote. However, many, perhaps most, progressives live in places where their votes don’t matter because elections are not competitive. In that context, lectures about the importance of voting sound like a weak but cruel joke.

As the crisis of democracy in the US persists, relegating most American voters to the role of spectators, cheering for their party in faraway states and occasionally sending money to candidates in places they may never have even visited, only makes things worse. There is no doubt that the coming midterms will have a major impact on the country’s future, but if we want to strengthen democracy and give more voters the feeling of having a meaningful role in elections, we need to explore reforms to our democracy like multi-member seats, party-list systems and the like. This would directly benefit any one party, but at a crucial moment in American history, it would return millions of American citizens to the role of the participant rather than a spectator.