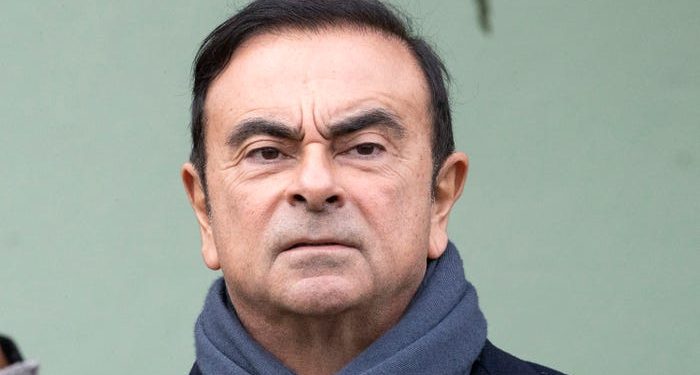 Brussels (Brussels Morning) Fugitive former head of Nissan, Carlos Ghosn, has invited French investigators to visit his home in exile in Lebanon in hopes that a French probe would help clear his name of financial misconduct charges that prompted him to flee Japan, AP  reports.

Ghosn was charged with financial misconduct in November 2018, while he was serving as the head of Nissan, have been despatched there a decade prior by Renault to bring the partner company back from the brink of bankruptcy. After being released from custody to await trial, Ghosn fled to Lebanon via Turkey, hidden in a musical instrument case, with a trail of arrests and charges following behind him.

Several of his friends and associates who either helped him flee the Japanese authorities or are suspected of aiding in financial misconduct are now detained in Japan and Turkey. “There has been a lot of collateral damage . . . but I don’t think I’m responsible for that”, Ghosn told AP in an interview. “The people responsible for that are the people who organized the plot”, he insisted in claiming he is a victim of a corporate coup.

Seeking to clear his name, which he acknowledges will not be an easy task, Ghosn voluntarily agreed to undergo days of questioning in Beirut next week, by the French investigators who have been assigned to look into the French aspects of the financial misconduct Ghosn is accused of.

They will be looking into the financing of lavish parties he threw at Versailles, featuring period costumes and copious amounts of Champagne, plus the 11 million euro he reportedly spent on private planes and events arranged by the Renault-Nissan Dutch holding company. Ghosn denies any wrongdoings on his part.

“In Japan, you had a Japanese person interrogating me, writing in Japanese and wanting me to sign things in Japanese that I don’t understand”, Ghosn said, stressing that he has much more confidence in the French legal system. However, he did admit he was surprised by a Dutch ruling reached last week that said his dismissal as CEO was legal and that he would have to repay most of his 2018 salary.

While waiting for the legal cases in France and the Netherlands to end, Ghosn is living in Beirut, in an apartment that had to be renovated after a massive explosion shook the city last summer. He is holding business classes, claims to be helping startups, and reportedly enjoys a slower pace of living.