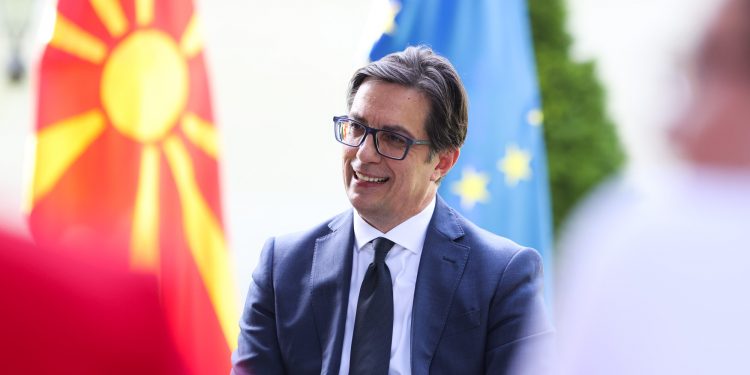 Skopje (Brussels Morning) One of the most prominent European politicians in the Balkans is the President of North Macedonia, Stevo Pendarovski. In an interview with Brussels Morning, he gave his insights on where North Macedonia stands in the EU accession process and the country’s difficulties with Bulgaria in relation to this.

He shared his thoughts on the project entitled ‘Open Balkans’, in which the countries of North Macedonia, Serbia, and Albania this week pledged to scrap most of the obstacles impeding travel and business across their borders by 2023. The process advocates scrapping all border obstacles for their citizens and businesses, eliminating the long and tedious wait for EU membership and complicated paperwork for companies. 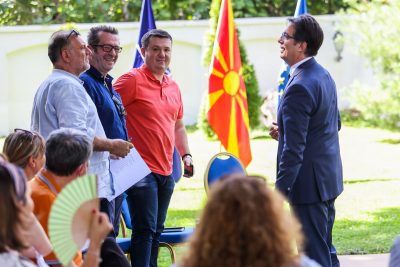 Brussels Morning(BM): Do you expect any major changes regarding the dispute with Bulgaria, that’s keeping the country outside the gates of the European Union?

Stevo Pendarovski (SP): Sofia has drastically shifted its policy towards Skopje over the past few months, showing it still cannot abandon the negative approach to the issue with North Macedonia. In the upcoming period, I do not expect any major changes regarding the dispute with Bulgaria, given that the country currently has no interlocutor on the other side, because Sofia has not yet formed a government.

BM: What needs to change with Bulgaria for them to release their block to negotiations and for the accession process to start for North Macedonia? Do you have any comment on the new parliamentarian resolution that the assembly in Skopje this week has prepared, regarding the problem with Sofia?

SP: The politicians In Bulgaria should come to terms with reality. No more, no less than that. The political representatives of the country this week had to sign a paper on the national lines of the problem and this documentation, that is adopted by the parliament and was a product of the Macedonian Academy of Sciences and Arts. It’s a simple document that has a national consensus on the problem that has no problematical material that can provoke reactions in Bulgaria and is not harmful to the process. On the other hand, a similar document that is already in force in Bulgaria has statements and claims in it that are, to put it gently, unacceptable for the Macedonian people and country.

BM North Macedonia, Serbia, and Albania recently moved forward on a regional border-control initiative project, initially called Little Schengen, then renamed Open Balkans. According to some political claims, this project is a diplomatic move that will work as a substitute arrangement for EU membership in the region. Is this true?

SP: The “Open Balkans” initiative was a positive development of events and I expect other countries to join the initiative. I must note that this is not an alternative to the EU, but it is an excellent preparation for membership. I want to emphasise the fact that for North Macedonia, there are no alternatives to the EU, and additionally, I like to compare the Open Balkans initiative to the “Visegrad Group“, which worked for several years before the countries that formed the Visegrad Group became members of the EU. It’s a very similar process.