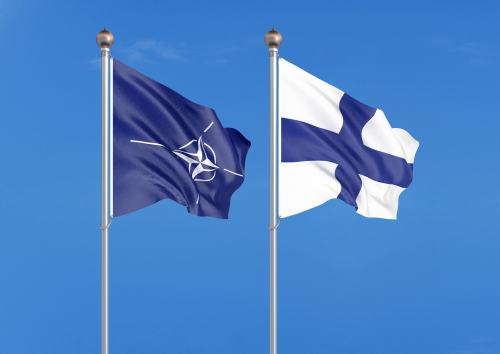 Brussels (Brussels Morning) Russia’s military threat to the Ukraine has disconcerted Finland and Sweden to the point of prompting consideration of joining NATO. At stake is the deployment of more troops on Ukraine’s eastern frontier, which Moscow invaded in 2014.

Finland and its neighbour Sweden, both militarily non-aligned, enjoy a growing co-operation with NATO in addition to having strong bilateral relationships with alliance members such as Norway, the US and the UK.

Finland’s President Sauli Niinisto and PM Sanna Marin used their official new year addresses to stress anew that the country has the option of seeking NATO membership at any time: “Let it be stated once again: Finland’s room to manoeuvre and freedom of choice also include the possibility of military alignment and of applying for NATO membership, should we ourselves so decide”, Niinisto said.

In a separate speech, PM Marin noted that every country has the right to decide its own security policy, adding: “We have shown that we have learnt from the past. We will not let go of our room for manoeuvre”.

Last week, Russia’s foreign ministry declared that the prospect of Finland and Sweden joining NATO “would have serious military and political consequences that would require an adequate response from the Russian side”, according to the Financial Times.

Russia’s President Vladimir Putin previously refused to rule out military action, warning that he has “all kinds” of options should his demands for “security guarantees” limiting NATO expansion remain unmet.

In 2001, Putin unveiled a secret file revealing that one year after Stalin died, the Kremlin asked to join NATO, the Guardian reported. The request was quickly dismissed on grounds that the proposal was “unrealistic”.

Putin pointed out that he had suggested Russian membership of NATO in 2000 but was rebuffed at the time by then US Secretary of State, Madeleine Albright.

The US, Russia and NATO member states are scheduled to hold talks early in January to discuss the situation in the region, with Moscow having deployed some 100,000 troops on Ukraine’s eastern border.

US President Joe Biden has assured his Ukrainian counterpart, Volodymyr Zelensky, that Washington and its allies will “respond decisively” in the event that Moscow invades its neighbour. However, Biden has indicated that he will not send American troops to directly engage in that ongoing confrontation.

EU High Representative Josep Borrell’s first official trip in 2022 will be to the Ukraine, where he is due between 4-6 January. Borrell will discuss Ukraine’s sovereignty and territorial integrity at a time when the nation is facing the Russian military build-up and hybrid actions.