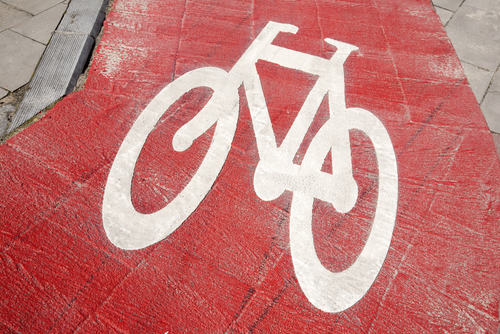 Brussels (Brussels Morning) Work on the new cycle paths will start in the spring. It concerns the stretch from the Louise metro stop to the South station on the inside of the Small Ring. The utility works on that side have already been completed, so the redevelopment of the street must be able to proceed relatively quickly, says the Van den Brandt cabinet, in a report by BRUZZ.

Work on the section between Kruidtuin and Rogier will start in the spring, around April or May. The cycle path now stops there abruptly at Koningsstraat, but it will be extended to Rogierplein.

Finally, this year, the cycle path between metro stops IJzer and Rogier will be constructed. This will start at Helihavenlaan and continue to Koning Albert IIlaan. The project already received a building permit at the beginning of 2017, but the works have not started, partly due to the renovation of the Leopold II tunnel.

“2022 will be a year of change for Brussels. We have many new sites that will really change the image of our city and improve the quality of life of the inhabitants,” says Brussels Minister Van den Brandt about the planned works. It is still too early for the Small Ring in 2022. The cycle paths on the Gulden Vlieslaan, on the one hand, and on the Sainctelette Plein on the other will have to wait a little longer.

In the spring of 2022, a building permit will be requested for the tram infrastructure on the Heysel plain. It concerns the extension of tram lines 3 and 9. Both lines will be extended to the Heysel metro station and will meet there.

Finally, the Beekkant, Park, Simonis, Kruidtuin, Pétillon, and Boileau metro stations are being renovated to make them more accessible for people with reduced mobility. The Brussels-Central metro station will also receive a total renovation this year.

Reconstruction from facade to facade

Several streets will be completely redeveloped this year. In addition, there will be more space for pedestrians and smoother public transport. There will also be more trees. In some cases, it has already started and work will continue in 2022.

These are the Wayezstraat in Anderlecht, the Neerstalsesteenweg in Vorst, the Haachtsesteenweg, the Prinses Elisabethlaan in Schaerbeek and the surroundings of the Jette Cemetery. The works on the Alsembergsesteenweg in Uccle are also continuing.