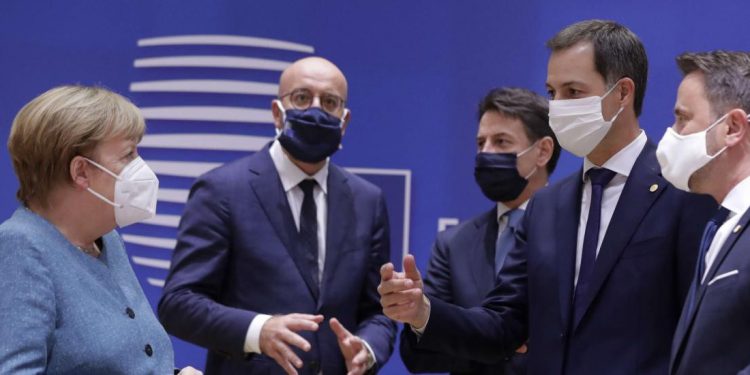 Brussels (Brussels Morning) Fifteen members of the Belarusian authorities, including Alexandr Lukashenko as well as his son and National Security Adviser Viktor Lukashenko, were on Friday added to the EU’s list of individuals sanctioned in relation to the violent repression of protests in Belarus.

These restrictive measures, which now apply to a total of 59 individuals, include a travel ban and an asset freeze. In addition, EU citizens and companies are forbidden from making funds available to those on the sanctions list.

Friday’s decision follows from the October political agreement on the EU’s response to the developments in Belarus. EU foreign ministers strongly condemned the violence employed by the Belarusian authorities against peaceful protesters and stated the EU’s readiness to take further restrictive measures against entities and high-ranking officials, including Aleksandr Lukashenko. Previously, the EU issued a statement saying that the so-called ‘inauguration’ and the new mandate claimed by Aleksandr Lukashenko lacked any democratic legitimacy, asking the Belarusian authorities to immediately refrain from any further repression and violence directed against the Belarusian people and to immediately and unconditionally release all those detained, including political prisoners.

Eight members of the Syrian regime were added to the list of persons subject to EU restrictive measures on Syria, in light of their recent ministerial appointments.

Now the travel bans and asset freezes comprise a total of 288 persons and 70 entities. The sanctions currently in place against the Syrian regime were introduced in 2011, in response to the violent repression of the Syrian civilian population. Companies and prominent business people who benefit from their ties with the regime and from the war economy are also subject to sanctions. Additional restrictive measures adopted by the EU include a ban on the import of oil, restrictions on certain investments, the freezing of assets held by the Syrian central bank in the EU, and export restrictions on equipment and technology that could be used for internal repression or for the monitoring or interception of internet or telephone communications.

The sanctions will be maintained until a lasting and credible political solution to the conflict in Syria is established.

The sanctions regime against illegal drilling activities in the Eastern Mediterranean was extended by one year. It’s been a year that the EU sanctions Turkey for illegally drilling for oil in the area to show solidarity with Cyprus. The restrictive measures will be upheld for another year in response to Turkey’s unauthorised drilling activities. Currently only two persons are listed for involvement in the unauthorised drilling and they are subjected to travel bans and risk having assets frozen, but as the measures are continued, further persons and entities can be added.