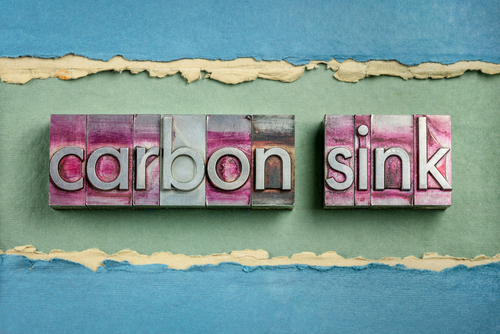 Brussels (Brussels Morning) As part of a sweeping overhaul of regulations aimed at combating climate change, the EU is reportedly planning to push for more natural “carbon sinks” by developing plant habitats that absorb and store carbon dioxide.

In a draft European Commission proposal seen by Reuters, the Union would aim to increase the current capacity of natural carbon sinks by setting legally binding goals for each of its member states.

EC figures show that the bloc’s natural carbon sinks such as forests, grasslands, wetlands and
croplands removed the equivalent of 256 million tonnes of carbon dioxide annually from the
atmosphere, even when allowance is made for the CO2 produced by logging or fires.

The new plan would raise the figure to 310 million tonnes of CO2 per year by 2030, helping the EU to reach its ambitious goal of reducing all greenhouse gas emissions by 55% over that period, compared to 1990 levels.

The draft plan would also mandate better protection of forests and wildlands, and would enable farmers and foresters to sell “carbon removal certificates” to polluters seeking to offset their greenhouse gas emissions, a move intended to provide financial incentives for creating and maintaining natural carbon sinks.

The proposal is likely be presented on 14 July as part of a package of measures aimed at making the 55% reduction goal achievable. A related draft proposal deals with the aviation industry. It envisions taxing aviation fuel while providing incentives for carbon-neutral alternatives, such as advanced biofuels or e-kerosene.

Once endorsed, the EC proposals would be subject to a lengthy negotiation process involving the European Parliament and individual member states. Most likely, many of the proposed measures would be amended before receiving final approval from all three sides in the EU legislative process.