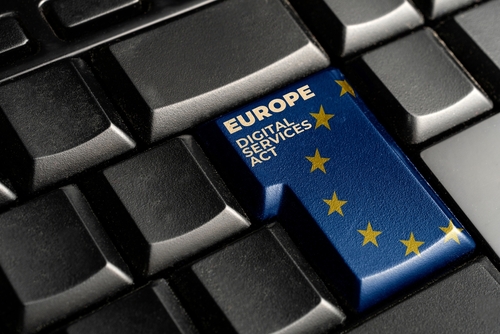 Belgium, (Brussels Morning Newspaper) The EU Council and Parliament have reached an agreement on the Digital Services Act (DSA) on Saturday.

The move is aimed at increasing pressure on tech giants including Amazon, Google and Facebook to remove illegal content, according to DW reporting.

According to new rules, users will have the opportunity to flag content they think is illegal as well as content they perceive as “harmful.”

European Commissioner for Competition Margrethe Vestager presented the new rules in 2020, stressing the importance of regulating the Internet.

“Democracy is back, helping us to get our rights and to feel safe when we are online,” she stated and added that what is illegal offline should be illegal online as well.

New rules are expected to come into effect in 2024 and will force online platforms to delete illegal content, including “hate speech.”

Scott Marcus, a researcher at Bruegel think tank, pointed out that new rules are vague when it comes to speed at which online platforms will have to censor.

Critics have previously warned that new rules could threaten freedom of speech.

According to new rules, online stores will have to verify information provided by producers to minimise the number of counterfeit products on sale.

In addition, manipulative user interfaces will be largely banned, including website designs that push users to accept cookies.

Personalised advertising to minors will be banned and online platforms’ ability to use sensitive personal information such as religious affiliation and sexual orientation will be limited.

According to the DSA, online platforms will have to be more transparent about their use of algorithms and users will have more choice.

Noting that algorithms can provide more extremist content to users who watch such content, Green MEP Alexandra Geese stressed the importance of adopting “clear rules against the principle of dividing our society.”

New rules allow the EU Commission to impose fines on companies that breach the rules and ban them from the EU in case of repeated violations.

The EC will also have the power to call on tech companies to work with them in times of crisis such as wars and natural catastrophes.