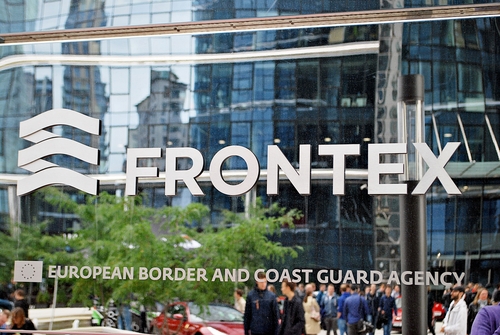 Brussels (Brussels Morning) EU auditors have raised the alarm saying the EU border control agency, Frontex, has been unfit in fulfilling its duties, amid reports of migrant pushbacks and other violations.

In a press statement published on 7 June, the European Court of Auditors (ECA) said Frontex had not been “sufficiently effective” in managing the EU’s external borders, preventing illegal migration and cross-border crime.

“Frontex is currently not discharging that duty [fight against cross-border crime and illegal immigration] effectively. This is especially worrying at a time when Frontex is being given added responsibilities”, Leo Brincat, a member of the ECA, declared.

EU auditors have also cited Frontex’s failure to implement the mandate it received in 2016 fully. They expressed doubts about the agency’s capacity to deliver effectively in accordance with the new operational role it had been assigned.

According to ECA, the auditors found gaps and inconsistencies within the mandate’s provisions for information exchange, a shortcoming that hinders the ability of Frontex and EU member states to monitor external borders and to respond as and when necessity demands.

When asked what response it had to offer about ECA’s lack of confidence in Frontex’s capacity range, the EU border agency said that the massive transformation it had undergone over the last several years “would have challenged any organisation”.

The agency maintained determined to deliver on its core mission to support EU member states in the management of their external borders.

“Frontex is aware that improvements are needed and has been working hard to make the agency stronger and even more effective. Unfortunately, many of the issues raised are related to external factors outside of the agency’s control”, Chris Borowski, Frontex’s spokesperson told Brussels Morning.

Frontex added that all the recommendations put forward by the European Commission had been accepted but noted that in order to implement them there would have to be a collaborative effort on the part of the agency, the Commission and national authorities.

Frontex’s mandate has gradually expanded since its creation in 2004. So too has its budget, which grew from 19 million euro in 2006 to 460 million euro last year.

The numbers will continue to increase, given that there are plans for a standing force of 10,000 Frontex border guards by 2027.