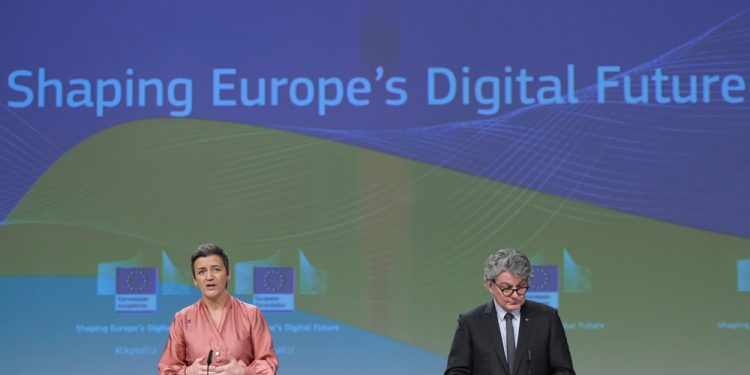 Brussels (Brussels Morning) The impact of artificial intelligence (AI) on health was discussed today during a hearing of the European Parliament’s committee on Artificial Intelligence in a Digital Age (AIDA). Ethics and privacy have ranked high on the discussions.

In July 2020, the Parliament named MEP members to take part in the pioneering committee AIDA, which was set-up to scrutinise the legislative path towards the first AI legislation, to be tabled by the European Commission by early 2021.

One case said to benefit from this innovation is the Beating Cancer Committee, which argues cross-border data will help reduce cancer, while improving and finding solutions for diseases.

The first part of today’s hearing was dedicated to overall digital governance — privacy and ethics — and the second part was focused on the current challenges and opportunities of AI in the health sector.

Talking about AI opportunities, MEP Adam Jarubas (EPP) said that the Commission estimates that over 100,000 people die prematurely due to air pollution, a figure that could be reduced using AI applications.

On anti-microbial resistance (AMR), “AI can offer help in the development of new medicine for AMR”, Jarubas said. AI was also hailed for preventive measures, such as early cancer diagnosis, telemedicine and interoperability of health systems.

“AI is the present and the future for epidemics-intelligence, allowing automation of the process and detecting signals,” said Vicky Lefevre from the ECDC. However, Lefevre revealed that one of the major tasks of the ECDC was “to stay abreast of current technological developments”.

Overall, there was a general consensus that the COVID-19 pandemic was an accelerator to resume talks and debates about research in the field of AI. However, challenges to its access, deployment or performance remain.

MEP Edina Toth (EPP) argued that high-income countries would have more resources to invest in AI for the health sector, claiming that this could lead to bigger gaps in access to and quality of healthcare across the EU.  A point that the Commission said it would follow-up.

“The rapid development in AI on health is dependent on the availability of health data,” said the Commission, who added that for “tangible results” they need a lot of data, “which is not available” for the moment.

The Commission also emphasised the need for “expertise and financial investment” and it said it is trying to address these challenges “to move from the conceptual phase to reality” with the EU health data space legislation, to be announced early in 2021.

“The risk in the health area is a particular risk that we have to factor, we recognise that this is very sensitive data”, said Claire Bury from the Commission.

Professor Laura Palazzani highlighted the need to address AI and health with “meaningful human control, safety, quality and responsibility and liability” involved in the application of developing medicines or medical-related tools.

Most participants addressed the issue of bias in algorithms and data abuse with great concern, calling for ethical guidelines.

“What is important in the medical devices regulation is the fact that there are no rules for the moment. We need to speak about enforceable rules in AI”, said the BEUC.

“We must have a rule to see on which basis the medical diagnosis are made, what the process is, in order to allow patients to seek a second opinion, if they want”, added Jelena Malinina from BEUC who says AI-machines performance must be monitored.

The BEUC also advocated for “proper enforcement of the GDPR” and “access to justice and the right to redress”.

In all, the Commission wants to boost private and public investment in AI technologies to 20 billion euros per year.

A roadmap detailing the objectives of the AI legislation will be proposed by the AIDA committee, which will study the impact and challenges of rolling out AI technology in the EU.

As of now, the EU executive has only released a White Paper, paving the way for future debates, and a health-related science publication from the Joint Research Center (JRC) on “AI in Medicine and Healthcare: Applications, availability and societal impact” was published this year.