Emmanuel Macron on a crusade against Islamic sectarianism

by BrusselsMorning
in Features, Opinion 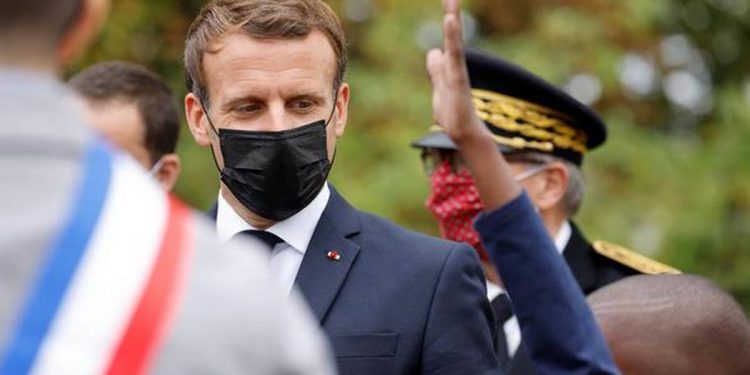 The debate on the influence of Islam in France took another turn last week when the French president announced the government’s intention of putting forward legislation on monitoring the financing of mosques, as well as Islamic cultural associations and even sports clubs. The intent is to ensure they don’t become fronts for spreading radical ideas.

The envisaged measures would restrict entry into France by imams from overseas and would also put limits on home-schooling. These, in President Macron’s view, constituted risk factors that could contribute to the establishment of a parallel Muslim society in France. The proposal builds on the principle of secularism, a concept institutionalised at the time of the French Revolution, which still serves as the constitutional foundation in the French Republic.

Given that France is the country with Europe’s largest Muslim population, the proposed legislation, which is due to go before the French Assemblée Nationale this year, is likely to prove hugely controversial. Many see it as a means of targeting the Muslim community specifically and as a sop by Macron to right-wing voters. By claiming that there is a phenomenon of “Islamist separatism”, Macron has taken a decidedly different position in the public debate on the role of Islam that to date had centred on whether and to what degree women can be veiled in public.

On previous occasions, the French President has shown himself to favour greater awareness and understanding of Islamic culture while he has condemned comments that link the religion directly with terrorism. Having been seen as sympathetic and protective of the Muslim community’s special characteristics, he has now weighed in with an opinion that is seen as legitimising the repression of Islam in France. Constitutional secularism states that practitioners of all religions and beliefs are equal before the law.

Yet by taking aim at France’s six million Muslims, Macron, who claims to be promoting social mobility, has stepped into a potential minefield by drawing parallels between Islam and the social problems and poverty experienced in many French suburbs.

The proposed measures include compulsory school enrolment for children from age three onwards, with home-schooling allowed only for health reasons. There would be stricter rules on private schools, with Arabic language instruction being introduced into the public school system. Research into Islam as a religion would be furthered within a state institution (the Scientific Institute of Islamology) and there would be more research positions for Islamic studies in French higher education.

In fact, some of the measures flagged by Macron in his speech last week had been planned by fthe government of former President Hollande. The timing of Macron’s announcement has been interpreted as strategic positioning ahead of the 2022 presidential elections.

The “Rassemblement National” (RN) party, formerly known as Front National, which is headed by Marine Le Pen, acknowledges that the programme reflects some “good intentions” but is doubtful about the role of the French Council of Muslim Faith in the context of French public institutions. The RN remains concerned with the issue of migration, an issue it believes is the “breeding ground of all factionalism”.

The Socialist Party advocates tackling integration through improved economic and social policies. Meanwhile, leading left-wing politician Jean-Luc Melanchon of the “France Insoumise” movement forthrightly criticised the proposed programme for its hypocrisy and the outright damage he asserted it would inflict on sectarian relations. Only the “Mouvement Democrate” welcomed the draft, which they described as offering realistic concrete solutions.

Critics, academics and NGOs alike criticised the president’s narrative, with many wondering whether he was attacking separatism as a whole or the Muslim religion in particular. While some lambasted the continuous “obsession” of French politicians with the French Muslim community, others worried that political initiatives such as the proposed measures risked deepening societal divisions and stigmatising members of this community, especially young women who are already vulnerable to discrimination.

Gilles Kepel, an expert on the Middle East, favours a stricter framework for home-schooling and restricting the influence of foreign imams. The latter are widely seen as promoting their own agendas and of being insufficiently critical of certain Islamist ideologies iat varience with French values. On the other hand, Francois Burgat, professor emeritus at the National Council of Scientific Research, defends the Macron administration’s use of the term separatism and equating it with Islam, saying that it is courageous to point to the wider community when identifying a cultural environment that enables acts of violence towards French society at large.

The human rights organisation “Ligue de Droits de l’Homme” took issue with Macron’s use of terminology similar to the language of the extreme right, in singling out “Muslim extremists” as the culprits.

The draft proposals will be put to vote early next year.