Ecologic transition in times of elections

by Piergiuseppe Pusceddu
in Opinion 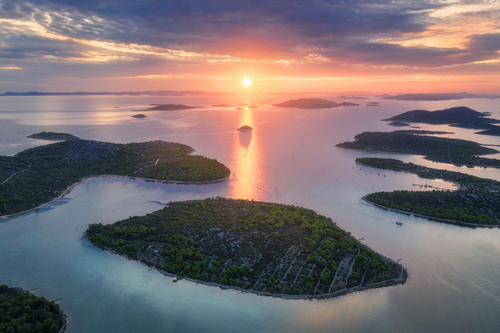 Belgium (Brussels Morning Newspaper)Environmental concerns are gaining momentum, also (and finally, although with inconsistency) in political narratives.
Overall, The picture is far from rosy. Worries that Small Island Developing States (SIDS) will be submerged by the rising sea level, have attracted criticism that some human beings will not be granted basic enjoyment of the inalienable right to life (with dignity) and will either perish or be forced to relocate elsewhere (these are the so called ‘climate migrants’).

Additionally, the Intergovernmental Panel on Climate Change (IPCC) reports highlight how greenhouse gas emissions continue to rise and that we need more ambitious plans if we want to keep the warming of the planet 1.5 Celsius degrees below pre-industrial levels – which is believed to be a threshold beyond which more catastrophic events will certainly occur. Eventually, the heatwaves in south Europe, coupled with drought and wildfires testify that the humankind is at a turning point and that something must be done to reverse the course of climate change, or at least that we need to stop causing more environmental harm.

There have been many initiatives in the international community to tackle environmental concerns, the most widespread being the sustainable development goals (SDG) set by the United Nations in 2015. At the regional level, the European Union, in 2021, has made climate neutrality a goal to be reached by 2050. The plan, known as European Green Deal, is assisted by an ad hoc legislation, jargony called ‘Fit for 55’ package, and financed by the Sustainable Europe Investment Plan.

Despite this wave of goodwill, the war in Ukraine has caused severe energy supply issues, with electricity bills rising up uncontrollably and affecting domestic users and companies alike. At the European level, responses are just catching on. In Italy, on the other hand, it is a fully fledged matter for electoral campaign, with proposals ranging from regassification plants to brushing up nuclear energy (readers should note that the Italian opinion is sharply against nuclear energy, and afterwards, the technology proposed is old, costly and takes years to be implemented. Still…).

On the other hand, the Five Star Movement, with a view of pushing a progressist political agenda seeks alternatives. Boosting energy produced from renewable sources is part of the strategy, that might be achieved through the deployment of an EU energy recovery fund. On the long term, however, the Five Star Movement also advocates for revising the mechanism for pricing gas (the Dutch Title Transfer Facility – TTF) which, according to some voices, leads to price speculations, and eventually affects consumers and companies, as said earlier.

These topics should not be mere material for political campaign, and implementation should be the top priority of the newly formed executive. Political forces, nationally (but my hope is across the globe), should do their part in tackling the energy and environmental crisis, in view of preserving the planet for future generations.