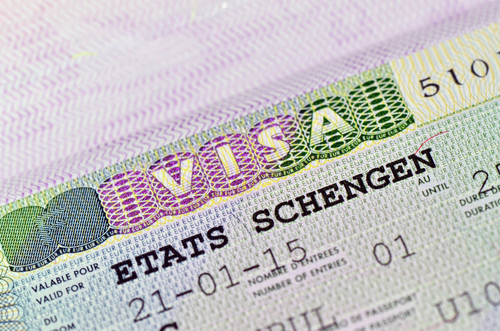 In a statement released on Tuesday, the EC pointed out that Russia is engaged in a war of aggression against Ukraine, which is why the agreement should be suspended.

The body stressed that the war shows Russia’s “complete disregard to the international rules-based order” and added that suspension should remain in place as long as Moscow “continues conducting its destructive foreign policy and military aggression towards Ukraine.”

The EC noted that its proposed the suspension due to heightened “risks and threats to the Union’s security interests and the national security of the member states as result of Russia’s military aggression against Ukraine.”

It pointed out that the move would suspend privileged access to the EU for Russian citizens, who would “face a lengthier, more expensive and more difficult visa application process.”

The body stressed that bloc members would have their hands untied as far as visa application processing goes and added that it will “remain open to certain categories of Russian visa applicants” including journalists, representatives of civil society, dissidents and family members of EU citizens.

Margaritis Schinas, European Commissioner for Promoting the European Way of Life, pointed out that “the EU’s visa policy is a mark of trust – a trust that Russia has completely undermined with its unprovoked and unjustified war of aggression against Ukraine.”

He concluded that the EU member states stand united in their response to Russia’s aggression.

“We will soon follow up with additional guidelines to ensure enhanced scrutiny on visa applications and border crossings by Russian citizens, without cutting ourselves from Russian dissidents and civil society,” she announced.

The EC pointed out that the proposed move would increase Schengen visa fees for all Russian applicants from 35 to 80 euro, increase processing period from 10 to 15 days and require applicants to submit more documents as part of their application, among other.

The EU Council is to adopt the EC’s proposal, after which the suspension will enter into force.