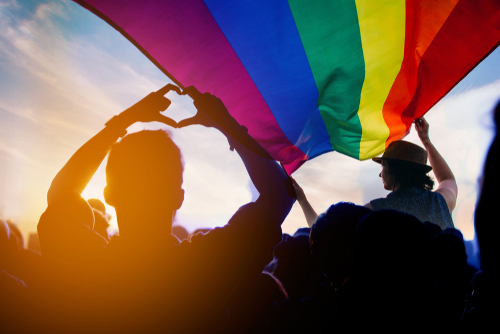 Addressing the European Parliament in Strasbourg on Wednesday, von der Leyen accused the Hungarian legislation of invoking the protection of children in order to discriminate against people on the basis of their sexual orientation, a ploy she described as a “disgrace”.

The EC head told Hungary to back down from the controversial legislation, or else it would face the “full force of EU law”. She did not elaborate as to what that might mean. A previous European Court of Justice (ECJ) ruling on a similar law that had been enforced by Russia established that such a law did discriminate against a specific group of people.

The Hungarian law declaratively serves to protect children from paedophilia, but was amended by Prime Minister Viktor Orbán’s ruling Fidesz party to include provisions banning all “depictions or promotion” of homosexuality to minors, effectively making it illegal to educate children about homosexuality, or to broadcast many popular movies or series other than in a late-night slot.

The controversial law took centre stage ahead of last month’s EU summit, where a majority of western member-states condemned the act, while most of those from among  the bloc’s eastern members remained silent on the issue. Dutch Prime Minister Mark Rutte went so far as telling Hungary to leave the EU if it chose not to adhere to its standards.

Orbán, long at odds with most of the other EU states over his country’s increasing slide into authoritarianism, faces a tough election against a unified opposition next year, and has been doubling-down on his far-right, anti-minority agenda ostensibly intended to “protect traditional Christian values”.