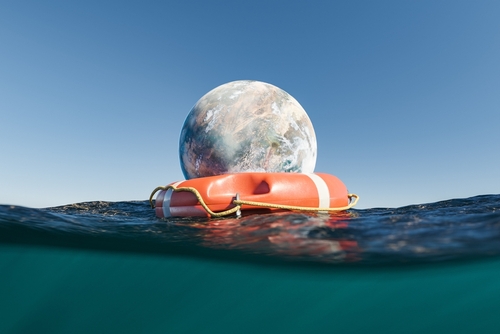 “Our mission to protect the ocean needs to be as big as our shared responsibility”, she said, explaining that the EC had “come to Brest today to join forces and turn the tide.”

Stressing the need to protect biodiversity, the EC President pointed out that the EU can “make a huge contribution as a maritime power.”

The Commission stressed that the world’s oceans stretching beyond national jurisdictions account for roughly 95% of the planet’s ocean resources, an area endangered by threats of overexploitation, pollution, and climate change.

In this regard, the EC plan cites the EU’s zero-tolerance policy for illegal, unreported, and unregulated fishing, which jeopardises fish stocks. The bloc prohibits products from fish caught this way from entering its market, ensures compliance of its fleets, and provides financial support for the promotion of sustainable fisheries.

Acknowledging the significant threat plastic pollution represents for the world’s oceans, the report states how the EU, “a strong advocate of an international agreement on plastics…. is working towards establishing a Committee for a global agreement at the UN Environment Assembly in February this year.”

As the Commission notes, maritime transport is the foundation of global trade, yet it relies largely on fossil fuels. “The extension of the EU Emission Trading System to the maritime sector will put emissions from shipping under the general cap and create a price signal to further drive decarbonisation.”

This is among the many reasons why the EU’s commitment extends beyond the Union’s borders and why “it is leading negotiations at the International Maritime Organization with a view to finding agreement on the target of zero-emission shipping by 2050″, the report declares. Additionally, the EU is looking to improve ocean literacy through a series of initiatives that focus on research and education.