How to restore competitiveness on digital markets? By mandating interoperability of services 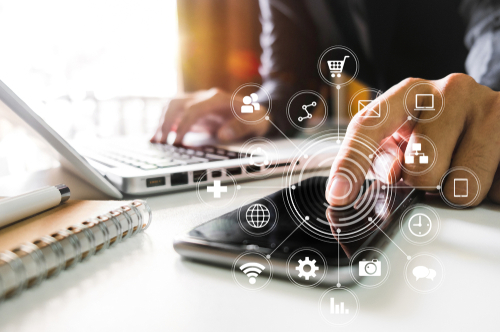 The Digital Markets Act (DMA) aims to set ex-ante rules in order to prevent unfair practices of technological giants. Marcel Kolaja Vice-President of the European Parliament and shadow rapporteur of the DMA, welcomes the move to adjust Internet rules to meet the demands of the 21st century and the future.

Strasbourg (Brussels Morning) On Monday, the European Parliament’s Internal Market Committee (IMCO) adopted its position on the proposed Digital Markets Act (DMA), which aims to guarantee fair competition in the digital environment by preventing Big Tech gatekeepers from abusing their power. Together with the Digital Services Act (DSA), the DMA is one of the core elements of the EU’s Digital Strategy.

A significant feature of the DMA is that Parliament has substantially improved the interoperability obligation. The text adopted by the IMCO committee introduces an interoperability obligation for social networks and interpersonal communication services. This will be of enormous benefit to users who are already fed up with having to deal with five different applications and profiles just to stay in touch with all their friends on social networks or chat platforms.

Technology giants will need to enable connectivity under the conditions at their disposal. Photos or stories that users already share at the same time with their friends both on Facebook and Instagram should be easily shared on other platforms as well. Now, thanks to interoperability with different platforms, one click will be sufficient to do so. .

Also, consumers will not be forced to use a specific messaging app, but will be able to cross chat between different applications. This allows for messages sent on WhatsApp to be received on Matrix or Signal and vice versa. While the legal text is quite complicated and I, for one, would appreciate clearer wording without all the unnecessary additional restrictions, from the technical perspective, it’s not complicated. What you need is a protocol to send and receive messages, an open standard to make networks interconnected and interoperable.

The new requirements will also allow people to install any app store they want. Users will no longer be restricted to having only Apple App Store or Google Play, for example, since it will now be possible to have third-party app stores.

The DMA sets out rules for the gatekeepers whose dominant position on the market currently can prevent smaller players from entering the market. The gatekeeper companies, according to EP estimates, currently enjoy an annual turnover within the European Economic Area of at least 8 billion euro.

The European Commission originally proposed a lower turnover limit, and I proposed lowering it further in my amendments. A regulation that targets only US companies would undermine the regulatory potential of some current and future gatekeepers or European operators who apply unfair practices in their dealings with users and business partners.

The untapped potential of a surveillance advertising ban

The IMCO proposal also prohibits targeted advertising based on sensitive personal data such as race or ethnicity, religion, political affiliation, or sexual orientation. After all, Facebook has already introduced such a ban on its platform. That will come into force in January next year. Good news that the technology giants closely follow our work and react quickly to future legislative changes.

Surveillance advertising was one of the most problematic points discussed. We could not reach an agreement with other political groups for a long time, especially with the conservatives. It remains something of a disappointment, however, that a clear ban on surveillance ads did not feature in the eventual compromise.

Now is the time to find a compromise in the trilogue

The text which we adopted in the committee is to be presented to the plenary in a forthcoming session in December and will then constitute the Parliament’s mandate for the trilogue negotiations with the Council, which are due to start under the French Presidency in the first half of 2022.