Commission moves ahead with vaccine certificates amidst conflicting views 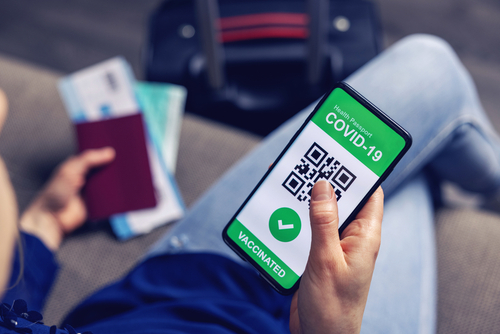 Brussels (Brussels Morning) The European Commission today announced the launch of COVID-19 vaccination certificates, or “green digital certificates”, as they have been dubbed by President Ursula von der Leyen and the EC executive team.

The announcement came a day after the Council’s conference of health ministers, where member states exchanged views on the way ahead as they continue to cope with the pandemic.

The concept of a vaccination passport has divided opinion among EU member states. Most tourism-dependent countries like Greece, Portugal and Spain back the concept while other member states including Belgium, France and Germany question whether such a move infringes on fundamental rights.

“Europe is moving forward with our proposal”,Greece’s Prime Minister Kyriakos Mitsotakis said as he congratulated those responsible for the outcome.

In detailing the long-waited certificates, von der Leyen said that they will be designed to “show a state whether the person has either been vaccinated, has recently had a negative test or has already recovered from antibodies”.

The digital documents are expected to be up and running by the summer.

The Commission’s chief said that the certificate will be mutually recognised across member states, the intention being to help EU countries reinstate freedom of movement in order to revive the tourism sector and help steer the economy back on track.

“The prosperity of our economies is dependent on vaccination”, von der Leyen declared.

Asked whether passengers can travel freely by car from country to country, Justice Commissioner Didier Reynders made it clear that the EU wants to “avoid discrimination” with the new certification approach. He gave assurances that non-vaccinated people would still be able to travel.

“It’s not mandatory…. it’s possible for people to refuse to be vaccinated”, Reynders commented. Yet, there would be a need to present a negative test or to self-quarantine as needed. “Ultimately, the control will be within the remit of member states”, he said.

Von der Leyen discussed the export ban mechanism that has been in place since 1 February, saying the EU wants to see reciprocity and proportionality in exports and is “ready to use whatever tool we need to deliver on that”.

“We have received hundreds of request of exports — 314 have been granted, only one was refused. In doses, this reflects 41 millions of doses to 33 countries,” the Commission chief announced.

“We need to ensure that there is reciprocity and proportionality,” she cautioned, which was why “we will reflect on whether exports to countries that have higher vaccination rates than us are still proportionate”.

Asked how to prevent discrimination when the vaccine passport comes into effect, von der Leyen said the sole purpose of the certificate is to “balance public health issues with free cross-border movement.”

“It does not discriminate because it is possible for someone to prove in many ways (not just by vaccination) that they are not contagious. It will be politically neutral”, the Commission President said in a recent interview.

In a discussion hosted by the European Centre for Policy (EPC) on 12 March, EPC policy analyst Simona Guagliardo warned against the possible discriminatory consequences of a vaccine passport, conceding she “didn’t like the idea”.

“Linking the concepts of vaccine and passport sends confusing messages as it evokes restrictions”, Guagliardo observed. In her view “it is premature to make such a link”, given that there are too many critical unknowns to bet on the vaccine alone. “Vaccination is a powerful tool, but it is one tool”, she said.

EPC analysts are concerned that instead of life returning to a pre-pandemic norm, a passport or certificate, could lead to a “false sense of security and lead to new outbreaks”.

Greece’s Minister of Digital Governance, Kyriakos Pierrakakis, defended the vaccine certificate launch, arguing that it would mean vaccinated people would have access to a “fast line like at the airport” and be able to avoid the administrative burden of having to prove that they’re not infected.

Critics of the certificate also pointed to the fact that the scientists have yet to establish with total certainty whether the vaccination will prevent re-infection or the variations caused by mutations of the virus.