Brussels couples and families more diverse than ever 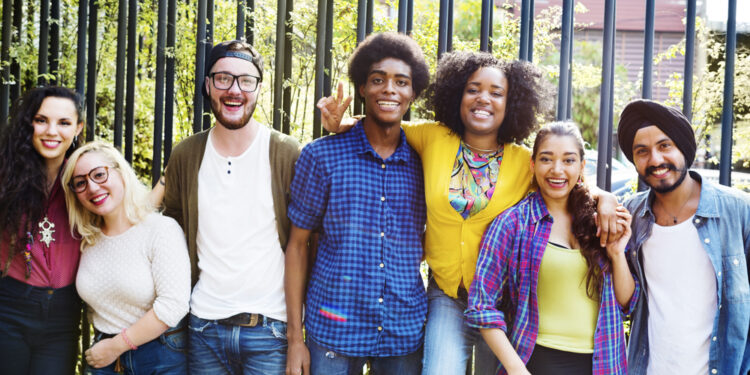 Brussels, (Brussels Morning)- Four researchers from the knowledge centre for family sciences at Odisee University of Applied Sciences looked at the evolution of families and couples in terms of origin and composition from 2000 to 2021. The decrease in the number of couples in Brussels where both partners have Belgian nationality of origin is striking. In 2000, 48.5% of the couples were still Belgian-Belgian. In 2010, it was one in three (31.7%), and in early 2021 that figure dropped to 19.9%, or one in five of unmarried and married couples.

One in three Belgians has a migration background. It is not surprising that cities are the most diverse places in our country. For example, Brussels now has more than 180 different nationalities as reported by BRUZZ.

The super diversity in Belgium logically also translates into couple and family compositions. For example, the researchers write that the proportion of couples with exclusively Belgian backgrounds is decreasing. The proportion of mixed relationships, where both partners have a different nationality of origin, is increasing again.

According to the survey, one fifth of couples in Belgium, in 2021, will be mixed (i.e. at least one partner does not have Belgian nationality of origin). In Brussels, that rises to a third. The researchers define couples as married couples as well as legally and de facto cohabiting couples.

Over the past 21 years, the researchers have seen a remarkable decrease in the number of couples in Brussels where both partners have Belgian nationality of origin. In 2000, 48.5% of the couples were still Belgian-Belgian. In 2010, it was one in three (31.7%), and by early 2021 that figure had fallen to 19.9%, or one in five of unmarried and married couples.

Couples in which one of the partners has Belgian nationality and the other does not, have always made up about 16% of the total since 2000, this figure remains stable to this day.

In addition, the researchers make a distinction between couples with the same non-Belgian nationality of origin and couples where both partners have different, non-Belgian nationalities. The first group makes up almost half (47.7%) of all couples, according to the survey in 2021. The second group amounts to 16.9% of Brussels couples.

In total, therefore, two out of three couples (64.6%) in Brussels are couples of which none of the partners has a Belgian nationality of origin.

This rapid demographic evolution also exposes a number of pain points, the researchers show. The existing range of family support often does not reach these diverse families sufficiently, which is reflected, for example, in the number of divorces. This is higher for mixed marriages, because these families are often more vulnerable, according to the researchers.

There are two hypotheses for this, says Dirk Geldof, one of the researchers. “The first is that people who live together from different backgrounds come to conflict somewhat more often. For example, they may have different views on relationships, leading to clashes. A second hypothesis has to do with socio-economic factors. Families with a migration background often have a harder time, financially or in terms of housing.”

The team of researchers therefore advocates a targeted expansion of support for families with a non-European background. “Currently, family policy offerings have a strong white middle class bias, but families have never been more diverse than today. Family policy really needs to respond much more to this,” says Geldof.