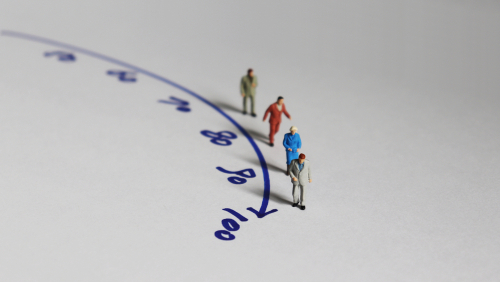 Miniature people and the concept of an aging society.

Brussels (Brussels Morning) The European Commission is looking to address the needs of population ageing and is examining ways to prepare societies for the impact this increasingly significant demographic change will have.

Yesterday, the Commission unveiled a green paper detailing a life-cycle approach to salient issues of aging that impact all generations and life stages. The green paper remains available in its present form for 12 weeks so that civil society, regional and local authorities can share their comments on the draft in order to help the authorities identify the most appropriate support people in their regions and communities would benefit from.

The EU initiative examines all aspects of ageing from promoting healthy lifestyles and lifelong learning to strengthening health and care systems to cater for an older population.

It underlines the importance of bringing more people into the workforce, highlights opportunities for job creation and looks at the impact of ageing on careers, wellbeing, pensions, social protection and productivity.

“The fact that we are living longer, healthier lives than the generations before shows the success and strength of our social market economy. But it also presents new challenges, and offers opportunities which we need to consider”, Commissioner for Democracy and Demography Dubravka Šuica declared.

The EU estimates that in the coming decades, the number of older people will increase. Today, 20% of the population is above 65. By 2070, this is projected to be 30%. Also, the number of people over 80 years of age is expected to more than double, accounting for 13% of total population by 2070.

In June 2020, recognizing the significance of the demographic shift, the Commission adopted its first-ever report and kick-started its analysis of the social implications this would have for the future.

According to the Commission’s projections, Europe will account for less than 4% of the world’s population by the year 2070.