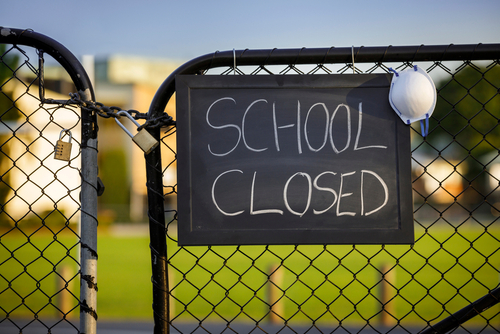 Brussels (Brussels Morning) The Government of Portugal has ordered all schools to be closed for 15 days starting today, as exhausted and desperate doctors attest to the relentless pressure the Portuguese public health system is experiencing from the latest infection surge of infections arising from the coronavirus pandemic, Reuters reports.

Despite holding out well during the first wave of infections in the spring of last year, the current wave is overwhelming the country’s healthcare system, with the new, faster-spreading mutation pushing Portugal to the top of the world’s infection and death rate list.

Prime Minister Antonio Costa emphasised that it was the government’s “civic duty” to enforce a national lockdown, as he pointed to how  the more contagious coronavirus variant, first detected in Britain, is on course to being the cause of up to 60% of new COVID-19 cases in the weeks ahead.

On Thursday, Costa announced the plan to close all schools. It includes provisions for children’s parents to be allowed to miss work and still receive support. The nation’s courts are to suspend all non-urgent cases, while Catholic churches will no longer celebrate public mass.

Reuters reports that ambulances have been queuing outside hospitals, waiting for beds to clear so that new patients could be rolled in. At least one elderly patient died in an ambulance outside a hospital while waiting to be admitted. Deputy head of doctors’ union Guida da Ponte said that while more beds could be set up, there are not enough medical professionals to manage the case loads.

“Doctors are desperate,” de Ponte said. “The world really is in ‘despair’,” she added. Portugal’s health authority has already put out a call for all retired doctors and nurses to help staff at improvised hospitals, but the system remains overwhelmed by the sheer numbers of incoming patients.

Daily infections dropped to 13,544 yesterday, down from the record 14,647 of the previous day. Still, the country has the highest rolling average of new cases in the world, registering 1,044 cases per million inhabitants over the last seven days. Yesterday saw 221 deaths recorded, which brings the toll to 9,686 since the start of the pandemic.